The Mariners have scored 26 of their 39 runs with two outs, by far the highest percentage in the majors. Seattle plays the L.A. Angels Wednesday. 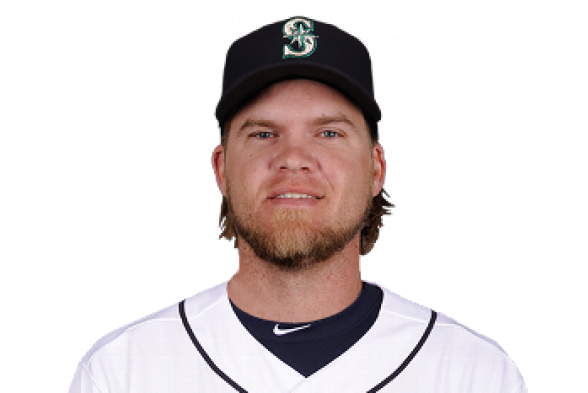 “Two Outs, So What!” fits the 2014 season much better than it did the 2001 “Sodo Mojo” Mariners. Take Tuesday night’s home season opener.

In the seventh, Hart followed a groundball out by Robinson Cano and a strikeout looking by Smoak with a smash over the center field fence for a 5-3 Seattle lead that boosted GM Jack Zduriencik several notches up the genius scale for signing the free agent, who didn’t play in 2013 due to a knee injury.

So the Mariners scored all runs with two outs, continuing a trend that has seen the club tally 26 of 39 runs – 66.6 percent – with two outs. Seven games isn’t much of a sample, but this is how that 66.6 percent compares to other Seattle teams since 1995:

In Minnesota’s and Boston’s case, scoring a lot of two-out runs hasn’t kept either out of last place in their respective divisions. But Tampa Bay leads the AL East, Cleveland is in second in the AL Central and the Mariners lead the AL West.

EX-MARINERS: With David Robertson on the 15-day DL with a groin strain, Shawn Kelly will assume the role of New York Yankees’ closer. Selected by the Mariners in the 13th round of the 2007 June draft, Kelly pitched for Seattle from 2009-12, compiling a record of 10-9, 3.52. The Mariners traded him to New York Feb. 13, 2013 for Abraham Almonte, Seattle’s leadoff hitter.

NEXT: LHP Roenis Elias (0-0, 1.80), who allowed two hits and one run over five innings in his MLB debut in Oakland April 3, will make his second start and first at Safeco Field Wednesday. The third Cuban to pitch for Seattle (also Diego Segui and Tony Fossas), Elias will be opposed by RHP Garrett Richards (1-0, 1.80), who defeated the Houston Astros 11-1 April 4.