Felix Hernandez Friday night became the second pitcher in franchise history to record at least 30 strikeouts in the first three starts of a season. 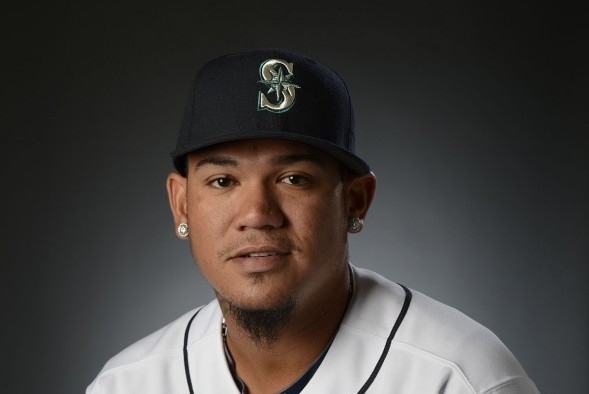 Felix Hernandez became the first Seattle pitcher to win three games in the first nine contests of a season with the triumph Friday over Oakland.

Except for putting two runners aboard to start the eighth, which led to his only runs given up, Felix Hernandez’s first appearance of the season in front of the “Supreme Court” Friday night could not have gone more splendidly. Fernandez and the Mariners (6-3) weathered Oakland’s four-run, eighth-inning rally, won 6-4 and moved back into first place in the AL West by a half game over the A’s (6-4).

Hernandez is 3-0 for the first time in his career — the first pitcher in franchise history to record three wins in the team’s first nine games. He is also, according to baseballreference.com’s play index tool, one of six MLB pitchers in the past decade to accomplish that feat, joining Victor Zambrano (Tampa Bay, 2004), Kevin Brown (New York Yankees, 2004), CC Sabathia (Cleveland, 2007), Jered Weaver (L.A. Angels, 2011) and Justin Masterson (Cleveland, 2013).

In club annals, only nine pitchers since 1995 won as many as two games in the first nine team games, Chris Bosio the first in 1995 and Jarrod Washburn the last in 2009. When Hernandez won a career-high 19 games in 2009, he didn’t collect win No. 3 until Seattle’s 16th game. In his Cy Young-winning season of 2010, he didn’t get his third until Seattle’s 53rd game.

Hernandez, 21-11 in 43 career April starts and 17-7 in 31 lifetime outings against Oakland, also registered his second 10+ strikeout game of the season. The 11 whiffs produced his 28th game of 10 or more strikeouts, tying Mark Langston (1984-89) for second-most in club history.

Hernandez is not going to come remotely close to breaking Randy Johnson’s mark of 94 games in a Seattle uniform with 10+ strikeouts, but King Felix is now the second pitcher in franchise history to record at least 30 in the first three starts of a season. That list – no surprise – is dominated by Johnson.

AL WEST: In their 1-0, 12-inning loss to Texas Friday, the Houston Astros had two hits in 37 at-bats for an .054 batting average. According to Elias, that was the lowest batting average by an American League team in a game of 12 or more innings since the designated hitter was introduced in 1973.

Yu Darvish did not collect a win in the Texas-Houston game, but he held the Astros to one hit and fanned nine. In seven career starts against Houston, Darvish has allowed 23 hits and fanned 72. Also according to Elias, only two other pitchers in MLB history have allowed fewer than 25 hits with 70-plus strikeouts over seven games against one team, and there is a Seattle connection with both. Randy Johnson allowed 24 hits with 78 K’s against Oakland from 1991 to 1993 and Pedro Martinez allowed 24 hits with 77 whiffs against the Mariners from 1998 to 2000.

The Angels defeated the Mets 5-4 in 11 innings Friday when L.A. catcher Hank Conger was hit by New York pitcher Jeurys Familia with the bases loaded. That marks the first walk-off HBP since May 26, 2012, when Pittsburgh’s Matt Hague was hit by Cubs pitcher Rafael Dolis.

EX-MARINERS: The only question now regarding the Jan. 23, 2012 Seattle-New York trade that sent Michael Pineda to the Yankees for Jesus Montero and Hector Noesi is how lopsided it will become. Out of baseball since his rookie year with the Mariners due to surgery and legal issues, Pineda has made two starts (1-1)  spanning 12 innings. He’s allowed two earned runs with 12 strikeouts, two walks, 1.50 ERA and 0.91 WHIP. He’s the first Yankee pitcher to go at least six innings and allow one run or fewer in each of his first two appearances since Kevin Brown in 2004. Meanwhile, Montero is batting .190 in Tacoma and the Mariners released Noesi and his 2-14 career record with Seattle hours after he allowed a walk-off home run to Coco Crisp in Oakland April 3.

Adrian Beltre, Seattle’s third baseman from 2005-09, did not hit a home run Friday, meaning that he still needs two home runs to join Darrell Evans (Braves, Giants, Tigers), Reggie Jackson (Athletics, Yankees, Angels), Alex Rodriguez (Mariners, Rangers, Yankees) and Jim Thome (Indians, White Sox, Phillies) as the only players to hit at least 100 homers with three teams. According to Bill Arnold of sfgwire@earthlink.net, who did the research, Beltre had 147 with the Dodgers, 103 with the Mariners and has 98 with the Rangers.

NEXT: Erasmo Ramirez (1-1, 5.73), shaky in his last start, pitches opposite LHP Sonny Gray (1-0, 0.75) Saturday. The 23-year-old Ramirez lasted four-plus innings Sunday in Oakland when he lacked his normal command, allowing five runs on seven hits with three walks. Gray didn’t have his best stuff either in the early going of his last start against Seattle, but finished strong and earned the win. He allowed three runs on six hits and two walks with three strikeouts in six innings.