Nick Franklin will be the DH Wednesday in Texas as the Mariners’ sputtering offense looks for help. OF Logan Morrison was put on the15-day disabled list (hamstring). 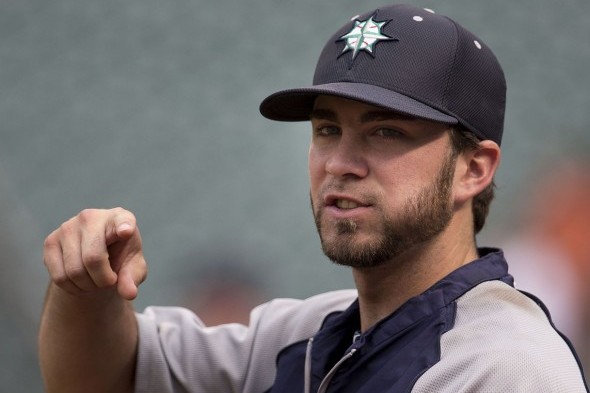 Nick Franklin played in 102 games for the Mariners last season, but started in Tacoma this season before his callup Wednesday. / Wiki Commons

The Mariners Wednesday recalled INF/OF Nick Franklin from AAA Tacoma and placed OF/DH Logan Morrison on the 15-day disabled list with a strained right hamstring. Franklin will be the designated hitter hitting sixth when the Mariners contest the Texas Rangers at 5 p.m. Wednesday in Arlington, TX.

The Mariners moved up 3B Kyle Seager to hit fourth. The lineup includes six players who have been drafted by the club and eight who have spent time in the minors with the organization.

Franklin, who lost his job at second base when the club signed Robinson Cano over the winter and couldn’t beat out Brad Miller at shortstop during spring training, hit .395 with four home runs and 13 RBIs in 11 games for the Rainiers. But he’s never played the outfield in the major leagues.

Franklin will be joining a Mariners team that has been shut out three times in six games, scoring eight runs in that span.

It’s unclear how manager Lloyd McClendon will use Franklin. The club had Franklin play the outfield for a few innings during spring training, but he has been used exclusively as a shortstop and second baseman in Tacoma.

Franklin could get time in right field, a hole for the Mariners so far with Morrison, Stefan Romero and Michael Saunders combining to hit .183 with no home runs, three RBIs and a .506 OPS.

Franklin could also see time at shortstop, where Miller has mostly struggled since hitting two home runs against the Angels April 1 in Anaheim. After going 0-for-4 in Wednesday’s 5-0 loss to Texas, Miller is batting .214 with a .254 on-base percentage. He has struck out 19 times, one fewer than club leader Abraham Almonte. Miller has also drawn just one walk.

Morrison was pulled from Monday’s series opener in the first inning. In eight games, he hit .150.

On the injury front, Mariners emergency starter Blake Beavan, who pitched the first four innings Tuesday before leaving the game with a sore shoulder, is no longer listed as the starter in Sunday’s game in Miami.

With rookie Taijuan Walker skipping what was expected to be his final rehab start in Tacoma Tuesday because of a stiff shoulder, all of the Mariners’ “Big Three” young pitchers — Walker, James Paxton (back muscle strain) and Danny Hultzen (shoulder surgery) may be unavailable along with Beavan.