Washington added a third player to its recruiting class in 6-6 forward Quevyn Winters, who began at Duquesne as a freshman and transferred to junior college. 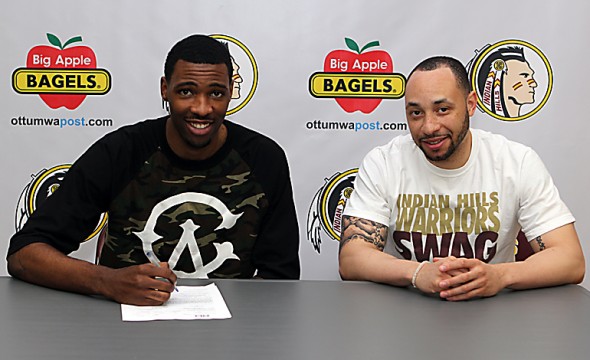 The University of Washington’s 2014-15 basketball recruiting class received a boost Wednesday with the signing of 6-foot-6 guard Quevyn Winters of Milwaukee. Winters, who will have two years of eligibility, joins a class that includes local standout 6-5 forward Donaven Dorsey (Timberline-Lacey) and 6-10 Tristian Etienne (Abbotsford, British Columbia).

“We’re excited to add Quevyn to our program,” said coach Lorenzo Romar. “He’ll bring a multitude of intangibles to Seattle as a kid who has a history of winning. He’s already played Division I basketball and averaged almost 10 points as a freshman. He’s a very good shooter with a lot of experience.”

Winters began his collegiate career at Duquesne, where he saw action in 30 games during the 2012-13 season and averaged 9.6 points on 44.2 percent shooting. At Indian Hills (IA.) Community College, Winters averaged 11.9 points and added 4.9 rebounds per game while helping the team reach the championship game at the 2013-14 NJCAA National Tournament.

After playing high school ball at Washington in Milwaukee, Winters headed to a training academy in Charlotte, NC., where he averaged 22 points, 9 rebounds and 4 assists in 2011-12.

Dorsey is ranked 56th nationally among small forwards, according to ESPN.com, and the 6-foot-10 Etienne is listed as one of the top 10 players in Canada.