Clippers owner Donald Sterling’s punishment shouldn’t include hiding him. As President Obama said, the best thing to do is let the racially ignorant talk. 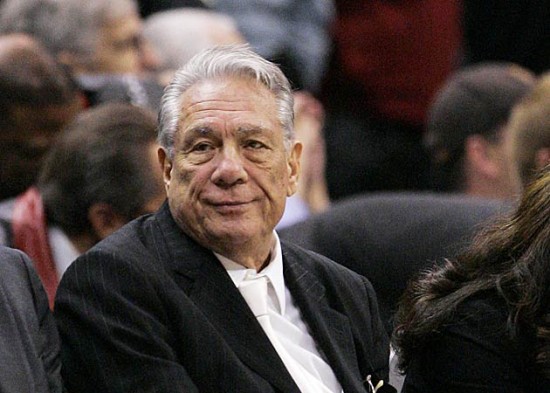 The NBA wants to hide Donald Sterling. He needs to be kept in the light. / Wiki Commons

The easy thing for the NBA to do when it announces Tuesday its response to ignorant remarks attributed to Los Angeles Clippers owner Donald Sterling, is to suspend him. The hard thing is to let him sit there, which is what I wish the NBA had the wisdom to do. It won’t. Sterling is such a foul, reckless and polarizing figure that he appears to be costing his team games. A sports league can’t have that.

More practically, I hope the NBA doesn’t attempt to make him sell. Not because it may be a legally dubious action. But because America needs the reminder about how some people really think. Doubt that?

Of all organizations, the NAACP was about to bestow a lifetime achievement award to Sterling at a May celebration. For a SECOND time.

As Richard Sherman found out when he was branded a thug, and worse, by anonymous social media commenters following his NFC Championship post-game rant, and as Japanese national Hiroshi Yamauchi found out when his 1992 offer to purchase the Mariners became international news, racial ignorance remains a strong undercurrent in American life despite what many would prefer to believe.

Banning ignorant people from their public profiles changes nothing; it only forces the danger into the shadows, out of our sights, and thus out of our minds. In darkness, ignorance festers and mutates.

A man who knows a little about the topic, President Obama, said it best over the weekend, when he addressed Sterling’s alleged remarks during a tour of Asian countries:

“When ignorant folks want to advertise their ignorance, you don’t have to do anything,” he said, “you just let them talk.”

Obama wasn’t creating policy with the remark. He was speaking from what he knows from his own life, and the lives of countless others. The only way bigotry loses influence is from its own dead weight. Bigotry thrives in darkness and dies in the light.

Just as I wanted Marge Schott to remain owner of the Cincinnati Reds after her pro-Nazi remarks came to light, I would like to see Sterling roast in the spotlight of his own making.

Let him deal one-on-one with his own employees, front-office staffers as well as his coach, Doc Rivers, and the players. Let him go to a restaurant with his MAW (model/actress/whatever) and see what happens before he reaches the private dining room. Let him conduct business meetings with people who can’t risk being seen with him.

Sterling has already attempted to distance himself from himself. He has claimed, through the team’s PR people, that the voice on the recording given the slime-raking TMZ website may not be his, and if it is, the recording could have been altered to demonize him. After all, the girlfriend who made the recording, known so far as V. Stiviano, is the defendant in a lawsuit filed by Sterling’s estranged wife, Shelly.

Even if the recording is legit, she appears to have broken the law in obtaining and sharing it without his permission. As attorney and sports law expert Michael McCann wrote for Sports Illustrated:

The NBA, as a private business, has no subpoena power to force TMZ or any other entity to turn it over. TMZ may be reluctant to share the original recording, especially if it was obtained on the condition that it would not be shared. TMZ may also be reluctant to share the recording because the recording itself could be unlawful. Under California penal law, it is a crime to intentionally record a confidential conversation without the consent of the person or persons being recorded. This type of eavesdropping also empowers victims of the unlawful recording to sue for money damages.

If there are questions about the evidence and the legality of the distribution, the NBA may have an excuse that would force it into doing a smart thing — let Sterling fend for himself.

But that form of cultural jiu-jitsu rarely plays well in American public life, where the demand is for instant retribution and resolution so that, in this case, we may continue the playing of games and the making of money.

Regardless of legalities, the audio remarks have reaped a whirlwind of condemnations and compromised a franchise. When players are altering uniforms and playing poorly, as the Clippers did Sunday in a 117-98 loss to Golden State in Oakland, then the NBA has more than a PR problem. It has a competitive legitimacy problem.

As far as legitimacy problems, please, Sonics fans, no written reminders of the 1993 playoff loss to the Phoenix Suns that looked to be fixed, as did the purloining of the entire franchise by Clay Bennett in 2008. That’s 10,000 words for another time.

Where history plays a relevant part in this story is Sterling’s long, well-known litany of bigotry and ignorance during the the time of Commissioner David Stern. Ever since Sterling bought the San Diego Clippers in 1981, Sterling has been an embarrassment to the league on multiple fronts, as this account shows from ProBasketballTalk.com.

Much in the way of an ill-mannered child, Sterling was enabled by weak parenting from Stern. Sterling’s behavior was allowed to go unchecked until he fell into a trap from which Stern’s successor, Adam Silver, must extricate not just the Clippers but the entire league, as well as the legacy of Stern, Silver’s 19-year mentor. Silver has booked a press conference for 11 a.m. PT Tuesday, presumably with shovel in hand.

League-ordered sanctions are almost inevitable, but aren’t going to modify Sterling’s behavior or attitude. Actions will be taken to appease players, fans and media, none of which will hurt Sterling.

Suspension from operating the club? It will only improve the team and its value, and keep him away from direct public scorn that he deserves. Force him to sell? Oh, please, B’rer Fox, don’t throw me in the brier patch and make me accept $700 million for my foolishness at age 81.

But the NBA can’t be seen by an offended public as insensitive to ignorance, so it will be forced to act now, in the middle of a great round of playoff action, of which the Clippers are a part, instead of years ago when it could have uncoupled from Sterling when few were paying attention.

Sterling likely will be allowed to distance himself from himself, instead of living with himself in public, which has been, belatedly but unavoidably, alerted to his moral bankruptcy. Sterling needs the light of day to make him shrivel.