The sordid anniversary of the No. 8 seeded Nuggets’ upset of No. 1 seeded Sonics (63 regular-season wins!) helps explain part of why we did, what we did, three months ago. 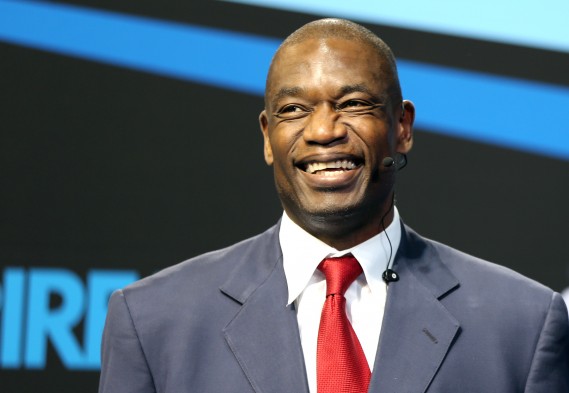 One of the most painful anniversaries in Seattle sports history is upon us: 20 years ago, May 7, 1994, the Sonics, the team with the NBA’s best record, lost to the No. 8-seeded Denver Nuggets in the playoffs — the first ouster of a No. 1 lost in the first round in the sport’s annals.

To make the boxcar-sized pill go down easier, think of it this way: The Seahawks avenged the dastardly deed in February by pantsing the Denver Broncos in the Super Bowl.

Another mitigating thought: The circumstance of a one losing to an eight in the NBA happened four times since: Knicks over Heat (1999), Warriors over Mavericks (2007),  Grizzlies over Spurs (2007) and 76ers over Bulls (2012), and nearly happened again Saturday until the Eastern Conference’s No. 1-seeded Pacers prevailed at home against the no-account Atlanta Hawks in seven games.

None of that really helps, does it?

By the Seattle generations who bore witness, the Sonics-Nuggets sports agony forever will be a bumper-to-bumper scratch on a new Porsche.

The 1993-94 Sonics of George Karl, Gary Payton and Shawn Kemp won an NBA-best 63 regular-season games and the first two playoff games against the young Nuggets, at 42-40 just happy to be at the Coliseum.

The dominance seemed a fulfillment of what Karl saw as the team’s potential at the beginning of the season.

“I feel we have a two- or three-year window of opportunity,” he said. “If we don’t win a championship, then there are questions that should be asked.”

That year, the Sonics, which also included newly-arrived Detlef Schrempf, Sam Perkins, Kendall Gill, Rickey Pierce, Michael Cage and Nate McMillan, were so good, they won by an average of nine points a game and were favored to win the title — in no small part because Michael Jordan skipped out on the defending champion Chicago Bulls to play minor league baseball.

The Sonics won 20 0f their first 22 games, then finished the season with 14 consecutive wins on their home court, where they had lost only four times all season. With 102-86 and 97-87 triumphs in the series’ first two games, the mood was as light colorful as spring blossoms at Seattle Center.

Then came the trip to Denver. The more experienced but smugly overconfident Sonics in game 3 were slapped silly by the Nuggets 110-93,  a rout so persuasive that the Nuggets started to believe coach Dan Issel’s contention that the Sonics were beatable.

After all, the Nuggets had one of the game’s great defensive weapons in Dikembe Mutombo, the 7-foot-2 center who was the NBA’s top shotblocker and would finish the series with 31 blocks — and at least twice that many altered shots. Together in the series, Kemp and Perkins made 40 of 112 field goals.

Mutombo began his famous finger wag in earnest in Game 4, the Nuggets prevailing 94-85 in overtime. The 82 points in regulation was the Sonics’ second-lowest point total of the season.

In two games, the swagger was gone and the pucker was in. The Coliseum, holding its last basketball game before a one-year closure for renovation into KeyArena, was a barn of anxiety.

“That same big group (of fans) that harassed us the entire first two games of the series,” Denver’s LaPhonso Ellis said. “When we walked on the floor (for game 5), you could hear a pin drop.”

“I can’t deny the butterflies,” Karl said, “felt like rocks.”

In the fourth quarter, obscure backup guard Robert Pack scored 10 of his 23 points. The pressure built on the Sonics. Ellis hit a baseline jumper with 15 seconds left for a two-point Denver lead. But the end was momentarily averted with a Gill tip-in at .05 that sent the game into overtime.

The Nuggets felt the pressure too, committing four 24-second shot clock violations in OT. Kemp put the Sonics up 94-93 with 2:29 to play, but the next four possessions went block, turnover, block, block. Ellis hit a bucket and free throw for a 96-94 lead with 1:29 left, and the Sonics world came crashing down.

As the buzzer sounded, the scoreboard read Nuggets 98, Sonics 94. Mutombo sprawled on his back on the floor, laughing and clutching the ball above him, burning indelibly a televised image into the brain of every Seattle sports fan.

In the Great Book of Seattle Sports Lists done in 2009 by yours truly, Steve Rudman and Mike Gastineau, the Nuggets-Sonics debacle was ranked second-worst in the list of “Miserable Postseason Meltdowns.”

Believe it or not, the Sonics also owned No. 1 spot — game 4 of the 1980 Western Conference finals against the the Los Angeles Lakers and their precocious rookie, Magic Johnson.

Played at the University of Washington’s Hec Ed Pavilion because the Coliseum was not available, The Sonics were down 2-1 in the series but up 69-48 with 6:36 left in the third of the fourth game. And lost.

The Lakers went on a 24-2 run as the defending world champion Sonics missed 10 of 11 shots. The Lakers won the series and were off to Showtime, and the Sonics were on their way to last place next season in the West.

At the time, it was the biggest second-half lead blown in NBA playoff history. Fourteen years later, the Sonics would own the dubious distinction of being the first one seed to lose to an eight.

And this week, 20 years after Debacle Dikembe, a former Sonics No. 1 draft pick, Kevin Durant, was named the NBA’s Most Valuable Player in another city (see the video of his powerful acceptance speech) — six years after the Sonics were no more.

I know this dreary recounting of sports agony is not pleasant, particularly after a first round of splendid NBA playoff basketball. But it does help explain why three months ago, 700,000 people chose to skip work and school to stand, shout and scream downtown for several hours in 10-degree weather.

Those people, and their parents, and their grandparents, deserved it.