At SeaHogwarts, an offensive line is conjured

A visit to SeaHogwarts, where Seahawks sorcerers work to perplex on draft day, showed they did it again: Apparently James Carpenter has been shape-shifted into a studhoss. 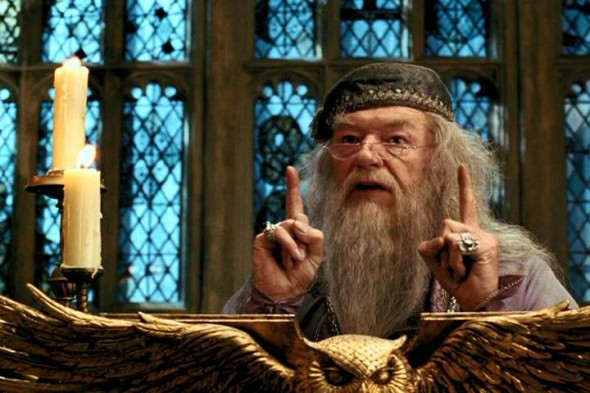 Pete Carroll asks a question about a draftee’s vertical leap during the draft selections at SeaHogwarts.

Spending a couple of draft days semi-embedded at SeaHogwarts — where Albus Dumbledore Carroll plots his intrigues against Lord Voldemort Harbaugh — can be a bewildering experience. As we have come to learn, the Seahawks masters and their fellow wizards and witches see worlds we Muggles do not.

Think about it — taking with a seventh-round draft pick a 5-foot-8, 247-pound fullback named Kiero Small? From Arkansas? If that isn’t Harry Potter’s next creature friend, I’m snapping my Quidditch broomstick over my knee.

What does stand out from the weekend, amid all the sorcery, potions and quotesheets, was an observation from Professor Snapes, the offensive line coach who goes by Tom Cable among the rest of us, about the giant Hagrid, a k a James Carpenter (I will now retire the literary/cinematic analogy before readers send Dementors after me).

From Cable on Carpenter, the former first-round draft choice regularly presumed to be the weakest link among the starting 22 Seahawks:

“If you think about what James Carpenter was able to do the last four weeks of the season: What a cool way to end the year, then to go into the playoffs and play the best football he’s played since he’s been a Seahawk.

“So we’re excited in that the guy seems to be completely through the injury, has got his weight under control, his work ethic has really come on, he smiles every day . . . there’s a peacefulness about that big guy that I start to see why we took him. And he’s healthy. I think that’s really key: When you’re a big person (and) feeling good about your legs and your body. I’m excited for James. I think it’s going to be a really cool year.”

Cable carries no reputation as a BS artist. So if his statement is taken as an honest reflection, the Seahawks appear to have the No. 1 choice many thought they needed to use in the draft on a guard.

That would appear to contradict the Seahawks’ own recent action when they declined to pick up their option for a fifth year on Carpenter’s rookie contract, which pays him $1.4 million in 2014. While most of us interpret the move as an indication of apprehension with his future, Cable and Carroll see it as an opportunity to keep a fire lit under the 330-pound Carpenter’s ample backside.

After the 2013 season, Pro Football Focus rated the Seahawks O-line line 27th, including 25th in pass blocking and 23rd in run blocking. The overall rating sank from 20th in the previous year, when the Seahawks were 11-5.

The ranking was skewed by first-half injury absences of LT Russell Okung, C Max Unger and RT Breno Giacomini, and the need for training wheels on rookies Michael Bowie and Alvin Bailey. The Seahawks were saved from a seasonal flop by dependence on a great defense and QB Russell Wilson’s ability to go hide while waiting for the cavalry.

By the playoffs, all were back, Carpenter was healthy and the Seahawks offense worked well.

In free agency, the Seahawks lost Giacomini and backup lineman Paul McQuistan, so the presumption by many as the draft approached was a priority on a lineman with the first round’s final pick at 32.

If for next season, Carpenter, 25, and Okung are healthy (he had surgery to repair a lingering left toe problem) to the left of Unger, the right side returns J.R. Sweezy, Bailey and Bowie to compete for guard and tackle — all young and all with playoff experience.

The Seahawks liked this group well enough to not only leave it alone through the first round, they traded down not once but twice, then took with their first pick a skinny wide receiver who played most of his years at Colorado weighing around 160 pounds.

Only at the final pick of the second round did they see fit to take Justin Britt, a 6-5, 325-pound All-Southeastern Conference tackle from run-dominant Missouri. Chosen ahead of him were eight other tackles/guards, including the No. 2 pick overall, Greg Robinson, to the division-rival St. Louis Rams.

It’s hardly a put-down to be chosen 64th overall, but the Seahawks didn’t seem to put the same urgency to fill the OL talent void as most fans/pundits. That’s because in Cable’s mind, there wasn’t such an urgency.

“I had targeted two guys and one went earlier,” he said. “We thought (Britt) would still be there at that point. Then he was still there, so it was great. It went exactly how you want it to.

“(At the combine) we got a chance to meet him, be around him. Tried to keep our distance from him as best we could. Obviously it worked out. With the departure of Breno Giacomini, (we wanted) to fill that need and then create the right competition. We get a good player at right tackle. This worked out perfectly.”

In college, Britt played both guard spots and both tackle spots, so he has the versatility to to push Carpenter, Sweezy, Bowie and Bailey. But almost no one saw him in another position: The second round.

Said respected NFL draft guru Mike Mayock: “I had about a fifth-round grade on him.”

But before the Seahawks get too smug, two words: John Moffitt. The former All-Big Ten guard from Wisconsin is voluntarily done with football at 27, quitting after the Seahawks and Broncos, the Super Bowl teams couldn’t find a use for him. Nor did he have  use for the NFL. He made headlines when he quit in midseason.

He was a third-round pick in 2011 by the Seahawks, who missed the fact that he was an iconoclast who didn’t buy in to the way the NFL does business.

Even wizards aren’t perfect. But as long as resolute Harry Potter is at quarterback, a happy ending is always nearby.