The power of the National Football League manifested itself again this week in the proposed merger of AT&T and DirectTV, a potential $48 billion deal. 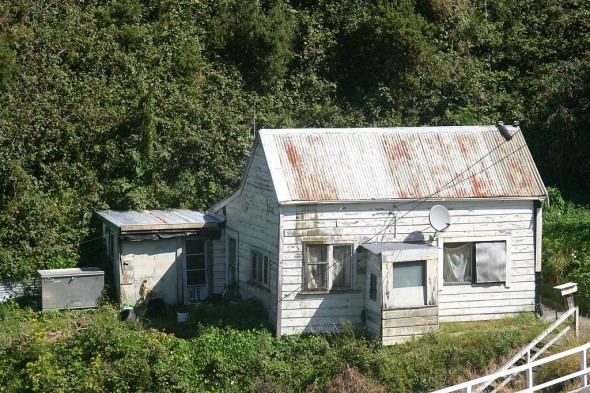 Apart from the fact that President Obama will be among the lowest-paid people in the room when the Seahawks show up Wednesday at the White House, the power of the NFL was never more apparent than with the news this week that AT&T’s proposed merger with DirecTV hangs on whether the satellite TV colossus can renew its contract with the even more colossal NFL.

One of the nation’s most historically significant media deals — acquisition price: $48 billion — so values pro football that an out-clause was inserted into its regulatory filing that says, according to reporting by Reuters, “the parties also have agreed that in the unlikely event that the company’s agreement for the ‘NFL Sunday Ticket’ service is not renewed on substantially the terms discussed between the parties, AT&T may elect not to consummate the merger.”

To which the NFL’s response was: “Yaaa-haaah whoeee!” According to an unnamed source, who stated the obvious.

A source who was named by Reuters, Neal Pilson, head of his own consulting firm, Pilson Communications, and the former president of CBS Sports, put it more blandly:

“It gives the NFL additional leverage knowing a $48 billion acquisition is depending upon the renewal,” he said. No kidding.

For perspective, in March 2009, DirecTV agreed to pay $4 billion to the NFL over five years for exclusive use of “Sunday Ticket,” which supplies consumers with every NFL out-of-market game, as well as “Red Zone,” a program produced by NFL Network that delivers scoring plays of each game.

Both are hugely popular. DirecTV says there are more than two million subscribers who pay up to $300 a year. So what is this programming worth to DirecTV to keep the AT&T deal: $6 billion? $8 billion? $10 billion? The gross revenue of the entirety of Major League Baseball is $9 billion.

Reuters reported that on a conference call with analysts Monday, DirecTV CEO Mike White said of the NFL negotiations underway, “I am still highly confident that we are going to get our (NFL) deal done” by the end of the year.

Whatever the number, the now-public leverage for the NFL helps to explain a couple of things that have meaning to Seattle and West Coast TV-sports consumers.

Until a year ago, it owned 100 percent of Root. Now it owns 29 percent, if Forbes magazine reporting is accurate, because the Mariners bought 71 percent in a 17-year deal ballyhooed as a financial windfall for the baseball team.

It gave the Mariners the freedom to go nuts on signing Robinson Cano to a $240 million contract. Long after Cano decays into Chone Figgins on the field, the Mariners will be hauling in revs from its five-state monopoly.

But with the AT&T merger plan now public, it’s plain to see why DirecTV was happy to divest of some of its lucrative RSN revenues: The satellite empire needed cash to send to the NFL for an even more lucrative bonanza.

It also explains part of another TV development that impacts fans of Pac-12 college sports. When the Pac-12 Networks launched in 2012, it struck carriage agreements with Comcast and many smaller carriers to provide football games that Fox and ESPN didn’t want, some men’s college basketball, and a whole bunch of non-revenue sports that few besides the relatives and friends of the athletes involved care to watch.

When the Pac-12 demanded from DirecTV the same fees other operators accepted, DirecTV told the Pac-12 to drop dead. And that was too bad for the Pac-12, because DirecTV is the biggest sumbitch in the valley. Especially in the West.

The satellite company’s biggest rival for TV consumers is Comcast cable. While cable works great in cities and towns, cable operators can’t run wires from Barrow to Umatilla to Deer Lodge very efficiently. But a satellite company serving the sprawling West can hook up every farmhouse and fishing village that has a dish with a mere line of code.

Even if Comcast could run wire, a generation of kids are growing up as cable-nevers, joining cable-shavers and cable-cutters in abandoning wires for online subscription TV content.

So the Pac-12 needs satellite carriage a lot more than DirecTV needs Pac-12 content, which, except for a relative handful of second- and third-tier football matchups on fall Saturdays, is largely an infomercial for the schools.

The Pac-12 overplayed its hand embarrassingly. The conference last summer ran some amusing but feckless commercials trying to stampede satellite customers into switching to cable to get Pac-12 content.

But that would have meant, for example, TV sports fans surrendering NFL Season Ticket for Oregon State-Arizona football at 7 p.m. Saturday. Some in Corvallis and Tucson are in, but not the many who also like the NFL Seahawks and Cardinals.

Now that DirecTV is marshaling even more of its resources to gain the favor of the NFL, the chance it will pay the Pac-12’s price is even less than it was. And if the Pac-12 settles for a smaller number, it likely will have to provide give-backs to carriage operators who paid the higher price.

Most fans paying attention know the NFL stands astride the fruited plain, a helmeted Godzilla. But being the linchpin in a $48 billion deal between two corporate titans is a new level of wow.

Perhaps coach Pete Carroll can have a private moment Wednesday with the president to suggest that if Obama is extra-nice, Carroll will put in a good word for him to stay on as president once the NFL takes over.