Ballmer offer for Clippers said to be $1.8 billion

Bidding for Clippers turns from outrageous to ridiculous, with Ballmer in the thick of it. Eventual purchase price could trigger a run on NBA franchises, perhaps induce expansion. 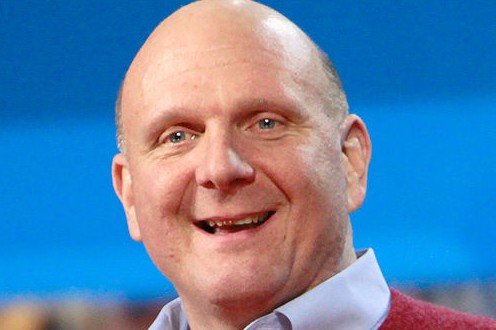 Steve Ballmer’s reported bid for the Clippers would be the second-highest in U.S. pro sports history. / Wikipedia

As perhaps only he can, Steve Ballmer is attempting to turn the sports world on its ear.

The former Microsoft CEO, with a reported $20 billion in his pocket and no job, has offered $1.8 billion to buy the Los Angeles Clippers, according to an anonymous source cited by Forbes Thursday morning.

Since the past two sales of NBA teams were for $535 million (Sacramento Kings, May 2013) and and $550 million (Milwaukee Bucks April 2014), the purported price more than triples current values, an astonishing number for what was once the most woebegone franchise in modern American sports history. The number could go higher.

The source told Forbes that Shelly Sterling, wife of disgraced owner Donald Sterling, has received five bids including Ballmer’s, all between $1 billion and $2 billion. Ballmer has already put in bids for the Kings and Bucks and lost. The former was with Chris Hansen, the Seattle native who is attempting to build a $500 million arena in SoDo but was denied his attempt to relocate the Kings.

Ballmer told the Wall Street Journal last week that he is eager to be an owner. If it is elsewhere besides Seattle, “so be it,” he said. There is no chance the Clippers will be moved from Staples Center, where their games are sold out. Ballmer in the interview said moving the Clippers is “value destructive.”

While the scale of the offers is partly due the size of the Los Angeles market, which has two NBA teams but no NFL team, it’s also an indicator that the bidders probably know the NBA’s current negotiations with TV networks on a new rights-fee deal are going well.  And the NBA’s aggressive attempts to globalize its game, far ahead of its American sports contemporaries, will be a good fit for a boss who helped build the world’s biggest software brand.

The pace on the sale action is fast, because NBA owners are voting Tuesday to strip the franchise from Sterling after his racist remarks recorded in a private conversation were broadcast to the world and stirred outrage. The NBA wants the Sterling name expunged from the national sports conversation before the start of the NBA Finals Wednesday.

Sterling bought the then-San Diego Clippers in 1981 from Irv Levin, a part-owner of the Seattle SuperSonics expansion team in 1967, for $12.5 million.

Forbes said the sale strategy is similar to the one used by Frank McCourt when he sold the Los Angeles Dodgers two years ago: A blind auction that initially is devoid of interference from the league.

Guggenheim Baseball Management, who partnered with NBA superstar Magic Johnson,  paid $2 billion for the Dodgers and their stadium, $500 million more than the next highest bidder. That was the highest figure paid for a U.S. sports team. The Clippers would be No. 2.

Whoever wins the bid, the price may trigger more sales of NBA teams seeking to take advantage of a hyper-inflated market.

That could open a door for Hansen to make a bid for a current team, but relocation remains an unlikely outcome. The price will certainly impact the cost of an expansion team, but will also have the effect of making the NBA more open to expansion.

However it turns out, Sterling’s reckless and irresponsible words will have the net effect of enriching all of his soon-to-be former contemporaries. If you are driving a semi-truck full of irony, feel free to unload it here.