Seahawks FB Derrick Coleman, known worldwide for a compelling TV commercial and his work with the hearing-impaired, had an appreciation of his own to offer Sunday night. 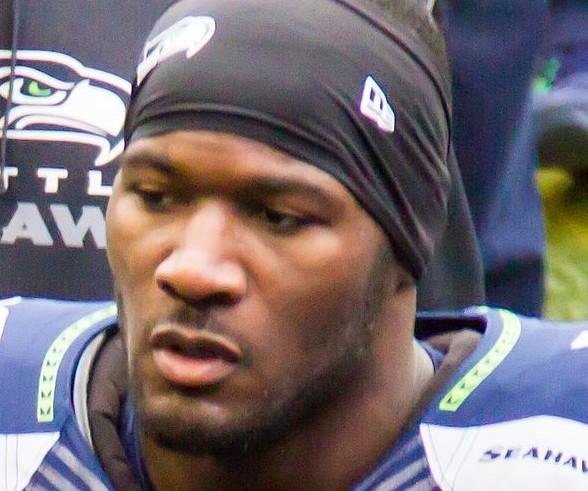 As part of a team that won a Super Bowl, as well as becoming an international inspiration to the hearing-impaired community, Seahawks fullback and special teamer Derrick Coleman has had a remarkable share of big moments lately.

He had a small moment Sunday that meant as much as anything to him, and to those who witnessed it. Aboard an Alaska Airlines flight heading into Seattle, where he would resume practice Monday, Coleman, whose Duracell commercial has 22.5 million YouTube visits, had a comfy first-class seat — a good thing when you’re six feet and 233 pounds.

Coleman, who grew up knowing a little something about being overlooked,  stopped reading his iPad and saw a young Marine waiting for the rest room. Coleman stood and shook his hand and chatted.

“As a kid, I always wanted to be an Air Force pilot, but that wasn’t going to happen, and I turned to athletics,” Coleman said Monday after practice. “I think about people in the armed forces, especially around Memorial Day, and how much they’re sacrificing so we can maintain our good lives.”

Coleman said he asked the Marine to take his first-class seat. Coleman would take his coach seat. The young man smiled and said no, he couldn’t do that. Coleman kept talking.

“He said his name was Stoney,” Coleman said. “He was in the Navy, and switched to the Marines. He had a leave. I told him what he was doing was hard work, and what I was doing was fun, and I was getting paid well for it.

“I asked him if he would allow me to give him this small appreciation for what he’s doing for me and all of us. Hey, it’s just a couple of hours in an airplane.”

“After we landed, he waited for me at the gate to thank me,” he said. “I gave him an autograph. One of the flight attendants handed me a note and said with all the good food and drinks, he never stopped smiling the whole flight.”

A fellow passenger, who also couldn’t stop smiling and had to tell someone, called me.

The Tribe of Twelves grew by at least one Sunday night. Had nothing to do with a big thing like a scoreboard.