If you find ritual soccer bashing as boring as the claims of American ignorance about the game, here’s a fresh debate: What does Klinsmann mean when he says the U.S. has no chance? 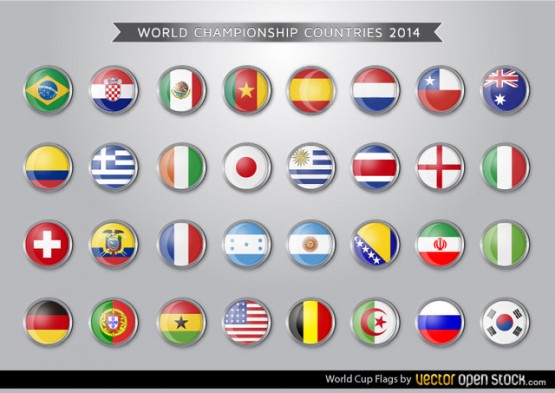 Among the many World Cup traditions is a quaint one in the U.S.: The quadrennial bashing of soccer by fans of other sports, while defenders decry American ignorance. Adherents always say the corner has been turned, while critics say it’s a round building.

It is an argument of surpassing feebleness, particularly in Seattle, which has, on yet another national topic, zigged as all others zagged. The Sounders’ well-documented success appears to be the beachhead from which soccer will conquer America’s sporting souls, one bicycle kick at a time — or just another example of Seattle’s weirdness.

I have always looked upon soccer in America as I have oysters in North Dakota — an acquired taste not native to the local palate. But unless that’s the only item on the menu, diners don’t have to eat them.

American sports, including soccer, are a buffet. Eat what you will, quit mocking the dishes on other tables and tip well.

Fortunately, for this World Cup that begins Thursday in Sao Paulo with the host country going against Croatia at 12:30 p.m. (ESPN, or better yet, CBUT), the debate about soccer’s virtues or lack thereof can be dumped to the curb.

There’s a less tiresome conflagration to discuss: Coach Jurgen Klinsmann‘s vision of the U.S. chances in the kickfest.

Which is, more or less: We are Honduras, perhaps with a better dental plan.

Klinsmann all but kiboshed whatever fantasy was held by American fans about winning the tournament when he told the New York Times Magazine, “We cannot win this World Cup, because we are not at that level yet. For us, we have to play the game of our lives seven times to win the tournament.”

The kicker, pardon the expression, was that he said it in December, but the paper didn’t publish it until the past weekend, meaning all the training camps, friendlies and cutting of Landon Donovan in the previous six months for the U.S. Men’s National Team apparently were the equivalent of the band aboard the Titanic arguing about whether to play an encore.

Klinsmann, who helped win the Cup as a player in 1990 for his native Germany, and managed Germany to third place in the 2006 affair, was appointed U.S. soccer kingpin in July 2011 precisely because he knows what it takes on the biggest soccer stage. But Klinsmann’s honest assessment drew much lamentation and cursing in the U.S. because, well, that’s not how ‘Merkin coaches talk.

We Yanks always believe in the underdog credo of, “Climb every mountain, ford every stream, follow every rainbow, til you find your dream,” and other such lyrical treacle. Michael Wilbon, normally the soul of rectitude, told Klinsmann a recent “Pardon The Interruption” episode on ESPN to “get out” of America:

Really? For being dead honest with an opinion, he should leave America? You know, “land of the free” and all that?

That might be a tad stiff. Particularly if Klinsmann was sandbagging.

Wilbon has been around enough to know of the rhetorical piffle made famous by football coach Lou Holtz. Whenever Notre Dame scheduled Big Rock Candy Mountain University, Holtz would make the pitiable foe sound like Old Testament plagues.

Could be that Klinsmann is deking fellow group members Ghana, Portugal and Germany, hoping for a heavy-lidded game out of one of them. Certainly, he wasn’t claiming misquote Wednesday at his first news conference upon arrival in Brazil (video above).

“If it’s now American, or not American, I don’t know. You can correct me however you want,” he told reporters in Sao Paulo. “First we’ve got to make it through the group. So let’s stay with our feet on the ground and say let’s get that group first done, and then the sky is the limit.

“But a half a year before, and even today before the World Cup starts, to say that we should win the World Cup is just not realistic.”

More likely is that Klinsmann is simply doing a smart thing: Playing for 2018.

The giveaway is the presence of DeAndre Yedlin, 20, of the Sounders and Seattle’s O’Dea High School, along with Julian Green, the 18-year-old said to be the next great American superstar (heaven help him with that burden).

Purely from a tactical perspective, neither belong among the 23 best American players. Yedlin is growing his rep in MLS, but Green, who has dual German-American citizenship, was in the German fourth division playing for Bayern Munich’s B team. It’s unlikely either will play much in the tourney, but Klinsmann sees them as part of the 2018 future.

That presupposes, then, that Wilbon and other ‘Merkin populists will fail in their efforts to deport Klinsmann for his heresies against American sports. Then again, maybe the righteous will prevail.

From Donald Sterling to Biogenesis to BALCO to Lance Armstrong to Michael Vick to Tim Donaghy to Roger Clemens to Marion Jones to Tiger Woods to Jerry Sandusky to the Vikings love boat to Duke lacrosse to the myriad hypocrisies and deceits of the NCAA, bygawd, no furriner better tell us how to run our games.

You soccer people just keep going around the round building.