Kyle Seager Monday became the third Mariner this season to win, or share, an American League Player of the Week award. He batted .583 in six games. 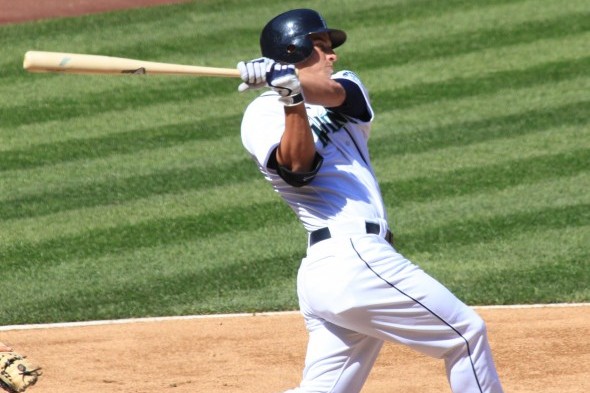 Mariners third baseman Kyle Seager, who hit .583 with two home runs, eight RBIs and a 1.542 OPS, was named for a second time the American League Player of the Week, this time for June 23-29. He shared the award for April 21-27 with Jose Abreu of the Chicago White Sox.

Seager, who went 14×24, scored five runs and had three doubles in six games against the Boston Red Sox and Cleveland Indians, leading the Mariners to a 4-2 record.

This is the third weekly honor for a Mariner this season (Felix Hernandez won June 2-8) and marks the first time since 2006 (Raul Ibañez, Ichiro, Joel Pineiro) that the Mariners have had three awards in a season.

During the week, Seager paced the majors with 14 hits and a .958 slugging percentage while leading the American League with eight RBI. The left-handed-hitting slugger had the second-highest batting average among qualifying AL hitters. He also ranked second in on-base percentage (.583) and total bases (23) and collected hits in every game, including five multi-hit games.

Seager and the Mariners open a six-game, seven-day road trip Monday night when they take on the Houston Astros at Minute Maid Park. Rookie Taijuan Walker will make his season debut for Seattle opposite RHP Collin McHugh (4-6, 2.86). After three in Houston, the Mariners move on to Chicago for a trio with the White Sox.