Mariners get their two premier players in the All-Star Game, but 3B Kyle Seager and closer Fernando Rodney were snubbed. 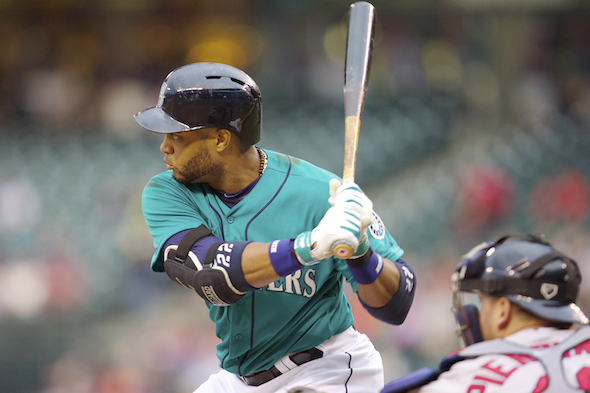 Second baseman Robinson Cano, as expected, will represent the Mariners in the 85th All-Star Game July 15 at the Target Center in Minneapolis. / Drew Sellers, Sportspress Northwest

Felix Hernandez and Robinson Cano will represent the Mariners in the 85th Major League All-Star Game July 15 at Target Field in Minneapolis, but third baseman Kyle Seager and closer Fernando Rodney, both of whom had strong cases to make the squad, suffered snubs. Had either made the team, the Mariners would have had three All-Stars for the first time since 2011.

Cano will start for the AL at second base while Hernandez has a chance, since he pitches Friday against Oakland, to make the first All-Star starting assignment of his career. His main rival for the start is Masahiro Yanaka of the Yankees, who is 12-3 with a 2.27 ERA.

Hernandez is in the midst of one of the greatest runs of his career. Although he received a no-decision in his latest start Saturday at U.S. Cellular Field in Chicago, he has made 10 consecutive starts with at least seven innings pitched and two or fewer runs allowed.

That’s longest such streak within one season since 1986, when Houston’s Mike Scott made 12 consecutive starts of seven-plus innings while allowing two or fewer runs. The last AL pitcher with a streak of 10 or more starts was Gaylord Perry for the Cleveland Indians in 1974.

Although Cano went 0-for-3 Sunday in an embarrassing 1-0 loss to Mariners castoff Hector Noesi of the White Sox, he’s hitting .320, fourth in the AL. He also ranks fourth in on-base percentage (.383), sixth in hits (104), and sixth in times on base (137). Also tied for third in the league with 33 multi-hit games, Cano will be making his sixth All-Star appearance — fifth as a starter — and first for the Mariners after representing the New York Yankees five times.

Batting .274, Seager was a long shot to make the All-Star team as a reserve even though he has 13 home runs, 59 RBIs and was the American League Player of the Week last week. Seager trails only Oakland’s Josh Donaldson in AL home runs, RBIs and WAR among third basemen. But he didn’t even make a list of five players who will vie for the 34th All-Star roster spot in an online fan vote.

Had Seager been selected by the players, he would have been the first Mariners third baseman in the All-Star game since Edgar Martinez in 1992.

While Seattle had two players selected, division-leading Oakland will be represented by five. The Mariners have not had three All-Stars since 2011 (Hernandez, League, Michael Pineda) or two position players in the game since 2006 (Ichiro, Lopez).