The Mariners saw the limits of their lineup over the weekend in Chicago. But team president Kevin Mather spoke cautiously about adding talent. It’s too late for that. 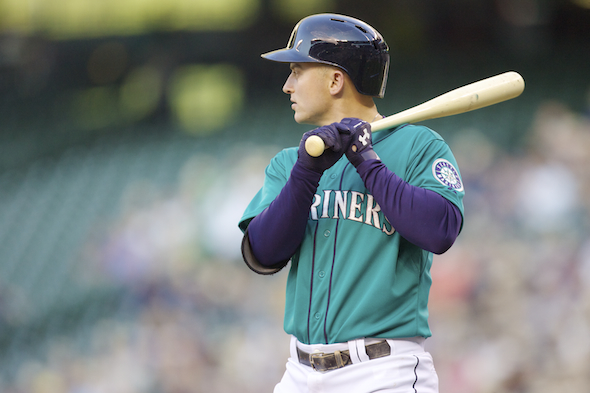 Kyle Seager and his offensive mates could use some help, as the weekend proved. / Drew Sellers, Sportspress Northwest

As long as the Mariners offense can be overwhelmed by Hector Noesi, Erik Bedard and Jason Vargas — all of whom are ex-Mariners who pitched at least six shutout innings against them this season — their leap from fourth place to third in the American League West will be as dizzying as it gets.

The four runs accumulated in 32 innings in Chicago against the middling White Sox over the weekend tell an ominous tale about sustainability in the season’s second half. To be shut down by Chris Sale and even Jose Quintana, both quality left-handed starters against a lefty-dominant lineup, is not an embarrassment. But to get de-toothed by Noesi, who made the bad Jesus Montero trade look even worse, was mortifying.

In 22 starts for the Mariners in 2012 when he came as pocket change in the Montero-for-Michael Pineda debacle, Noesi went 2-12 with a 5.82 ERA. Put into the bullpen in 2013, he pitched 27 innings in 12 appearances and his ERA went up to 6.59. This spring, manager Lloyd McClendon pulled the trap door after two appearances and one inning that led to an ERA of 27.

Noesi was flushed and ended up in Texas, where he was even worse, lasting five innings over three games before being released. Now he’s a stud with the White Sox. At least, when the Mariners are in the mood to swoon.

One game hardly justifies popping the infant balloon of optimism the Mariners have generated. And the Noesi brilliance can be written off as a one-game Bob Wolcott moment (look it up, youngsters).

What the weekend suggests is that this lineup’s ceiling is relatively low for playoff contention. Certainly it is impressive to note that the Mariners are third in MLB in run differential at +65. Unfortunately for them, the only teams better are the A’s (+133) and Angels (+66).

What kills the offense is periodic, undisciplined work at the plate — up to and including their All-Star second baseman, Robinson Cano.

Whether he feels an urgency to justify his free agent choice or his salary isn’t known, but Cano has twice been admonished by McClendon this season for going Vlad Guerrero on swinging at pitches out of the strike zone.

“I hope it’s the last time we talk about it,” McClendon said after Cano recently recovered from an 0-for-21 slide.

Although it’s hard to deal with those 31-going-on-21 moments, it’s not all on Cano. Kyle Seager, whose quality play in May and June raised some modest momentum for an All-Star bid so far unrequited, had an oh-for-Chicago weekend in 12 at-bats. And the Mariners put out a lineup Sunday that had six players hitting .250 or under.

As has been said here as well as by others, the Mariners are close to desperate for a proven right-handed bat. Yes, so is much of the rest of MLB, but that changes little for the Mariners.

The reason for the throat-clearing is not only because of the weak-hitting series, but because of the approach of the July 31 trade deadline and Kevin Mather’s comments about it.

He’s the new president of the Mariners, the guy who succeeded everyone’s favorite pin-cushion, Chuck Armstrong. Mather’s been in the Mariners front office since 1996, but is more stealthy than Facebook with online secrets.

In an interview with the Seattle Times’ Larry Stone, Mather spoke publicly for perhaps the first time on the urgency many fans feel about acquiring another hitter to take advantage of the Mariners’ pluses of pitching and defense.

“We’re going to be patient,” Mather said. “We’re going to be smart. (General manager Jack Zduriencik) has been great about that. I’d like to make the playoffs four out of the next five years. So let’s make smart long-term decisions and make sure we’re not selling our souls for ’14, because we’ve got young talent. Other clubs are interested in our young talent.”

Prudent and sober as that sounds, it’s a little late for that. Sobriety went out the window with the Cano signing. Nothing says “2014” like out-bidding the Yankees for a 31-year-old player with a 10-year contract for a quarter of a billion dollars.

Recklessness is not a good idea, but the Mariners haven’t had a sniff of contention in what seems like half a generation. Which it what it has been. As much as Mather would like a half-dozen playoff appearances, the Mariners have to get to one first.

As Mariners fans have come to learn, prospects are not necessarily the gold standard. Consider that the franchise’s “Big Three” young pitchers have all had health problems. Taijuan Walker had his second start of the season Sunday, and he needs more work to be an MLB regular. James Paxton is still out, and Danny Hultzen won’t be back until next season, if then.

Certainly, it would help Mariners fans’ digestion if Zduriencik had shown more wisdom in his dealings. Too often he’s acquired lumps of coal (see Montero/Noesi). But that can’t be a disqualifier, because sitting out the action is not a good option either.

The weekend showed the limits of this lineup. The front office in December showed unlimited ambition with the Cano signing. The race is on. Now is not the time for application of brakes. The pedal next one over is the desired one.