Tottenham Hotspur, in town for a friendly Saturday, rekindles memories of the English tradition that begat the Sounders in 1974. Time to borrow a song? 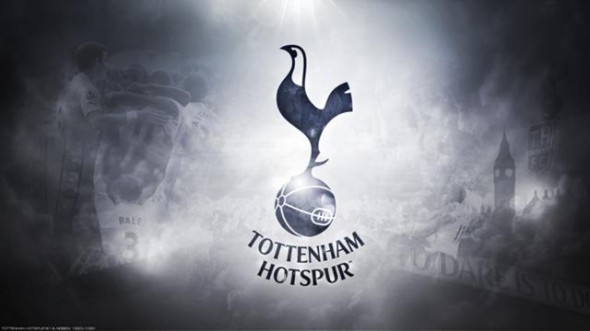 In advance of the Sounders’ friendly at 1 p.m. Saturday at the Clink, it’s appropriate to set aside the notion of Tottenham Hotspur as a touring team from the English Premier League in the heart of its preseason preparations.

That’s all true, but the substance of the visit from one of England’s oldest squads might be better understood as the appearance of a long-lost relative, the one you heard your parents, aunts and uncles talked about but never had the opportunity to meet.

They speak highly of him, but they also seem to have some reservations about his quirky nature. He has the fight of a London bulldog concealed under that monocle and bowler hat, they always said.

You might expect the first words out of his mouth to be, “Tut, tut old chap.” Who knows? He may say that just to see you react. But inside, the grit of Tottenham Hotspur has belied its reserved image over the decades at White Hart Lane, the iconic home grounds of a franchise formed in the 19th century.

Does the name sound a tad snooty? Does it create an image of a guy who walked out the wrong door of the House of Lords, wears white gloves and can’t be troubled with the rabble in the streets?

Think again. There resides a metallic, feisty core to Spur, symbolized at the home grounds.

The Clink is known for its size and deafening noise, confirmed most recently by the passion of 64,207 customers Sunday night when the Portland Timbers were dispatched with an equanimity that suggested the little brothers from Oregon got what they expected, once again.

Compare that to the 36,248 that squeeze their way into White Hart Lane to see their Spur. One could imagine the Seattle crowd might cause a few lumps in the visitors’ throats, starting a three-stop North American tour (Chicago and Toronto) in such a lion’s den.

Make lots of noise, distract them if you can, Sounders fans, but Spurs have a talisman all their own that serves to symbolize the fight at their core. Atop the home field is perched a bird, more commonly known in England as a cock.

And yes, it is a brass cock that overlooks the boys when Tottenham comes out. You can ask them if they play with brass balls, as well. For sure, the cozy pitch in London does have something on us. We have flags and hysteria, they have a brass cock.

Seattle has no brass cock on its soccer palace. There’s a rigorous intensity and focus Spurs have always believed in. Even if it’s only folklore, it’s at least generational soccer folklore, emboldened by a certain kind of player.

Clint Dempsey’s jail-house mug fit right in at White Hart Lane when he played for Spurs from 2012-13, continuing a link with the Sounders that dates nearly to the inception of the Northwest franchise.

Kasey Keller policed the goal for Spurs from 2001-05; a classic Sounder from the early years, Harry Redknapp, currently the manager of Queens Park Rangers, led Tottenham into UEFA Champions League for the first time at the end of the 2009-10 season; the mischievous Scottish winger Jimmy Robertson was a Sounders favorite in 1976-77 after playing for Spurs.

The connection between the Sounders and historic English football can’t be overstated. The game started in Seattle with Englishman John Best fortifying the North American Soccer League  team with a collection of Brits. They used to call it the English Mafia, this assemblage of soccer impresarios, coaches and players from the old country that formed the core of what has grown into the Sounders today.

No dummy, Best realized his startup franchise was last in the pecking order of Northwest professional teams, so he let the fans pick the name of the team while he went about looking for talent on the field. Sounders was the overwhelming public choice for the name of a Seattle pro sports franchise. Another suggestion further down the list of desired names was, ahem, Mariners.

The fans wanted a voice and, because of Best and those “Camelot years” – Best’s description of the early seasons of success that made soccer a thing in Seattle from 1974-79 — a heartfelt love affair developed. Best picked the team; the fans made the atmospherics come to life at Memorial Stadium and later in the Kingdome.

We tend to pay homage to that beginning as cherished times in idyllic locations, but in this case, it was never really Camelot at all. Camelot was a place, the fantasized realm of King Arthur, in what was presumed to be somewhere around England.

The Sounders were never Camelot, not in those surroundings. Kismet, though — “a power that is believed to control what happens in the future” — is a more apt description of the birthing and adolescent stages of the franchise.

Memorial Stadium, for all the fond memories senior citizens have of high school football excitement on Thanksgiving, was a terrible surface on which to attempt to play soccer. Long balls hit the old Astroturf and skipped away, usually out of bounds, the difficult task of maintaining possession was multiplied by the uneven, unforgiving service that made the game look like a bowling match when the ball can’t avoid the gutter.

The Kingdome was only a slight improvement. The turf was newer but really not much better. Many a player in the facility for the first time compared it to playing soccer on a concrete parking lot.

Those days are behind. The Sounders’ future is impressive – can we stir up a discussion about an actual grass field? – but the past should never be forgotten as Spurs pay their visit.

They are ambassadors of a sort, here to show a proper EPL team in the flesh, even as Sounders stand on their own with a progressive side that may well slap back Spurs on their first stop on the continent.

But the England connection should only strengthen over time. The Sounders are already in discussions with Liverpool for a trip to Seattle next year. Wouldn’t that resonate with history, music and sport?

Liverpool have, within them and around them, a passion and purpose unmatched on the soccer globe. It would be a gift from the football gods to have them visit Seattle, where we share a rock music history as well as a soccer link. Paul McCartney was blown away when Jimi Hendrix came out and played “Sergeant Pepper” on his first trip to London. Perhaps the favor can be returned to the Clink.

I bow to no man in my level of cynicism for sports, and the raw grab for money and winning that is increasingly a part of it.

But Liverpool has a pregame tradition that would play well after the national anthem at a Sounders game (video above): The song, “You’ll Never Walk Alone.”

The Sounders could make something like that magical, just as at Anfield. But is it worthy to take ritual from others?

The song can be stolen, of course, as many clubs have. Liverpool doesn’t “own” the song. It was presented to them by Gerry Marsden (Gerry and the Pacemakers) in 1963, and shares it with, most prominently, Celtic, the Scottish team that adopted it after Liverpool. Since then three Dutch teams, 10 German clubs, teams in Japan and Spain have appropriated the song.

If there is a franchise in the U.S. that could be said to have a legitimate claim to the song, it would be the Sounders, born out of an amalgamation of the NASL British Mafia and the Northwest soccer fan.

If Liverpool come next year, perhaps the fan base could persuade Pearl Jam to play, “You’ll Never Walk Alone” after the anthem as a gesture to the Brits.

Maybe then it can be clutched close and called Seattle’s own, as we’ve done with their game.

Bart Wright is the author of Football Revolution: The Rise of the Spread Offense and How it Transformed College Football. He is a former sports columnist at the Greenville (SC) News, The Tacoma News Tribune, The Oregonian and the Bellevue Journal-American. He can be reached on Facebook or Twitter @bartwrites