If they can, should Mariners make play for Price?

As the trade deadline nearing, the Mariners are under pressure to make a deal to keep up with Oakland and the L.A. Angels. Should they trade or not? Vote here. 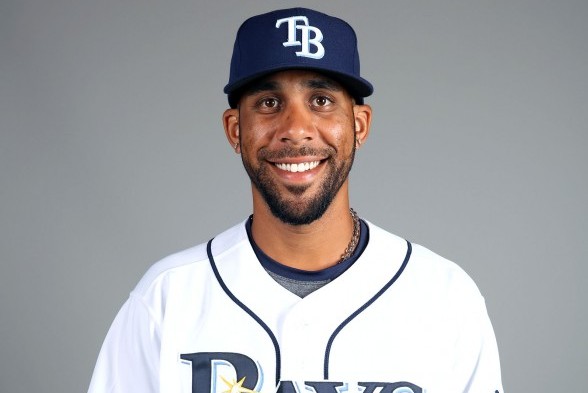 David Price would add a second Cy Young winner (2012) to the Mariners rotation if Seattle can obtain him in a trade.

No one in Seattle is feeling more heat amid the first rain since May than Mariners general manager Jack Zduriencik. The Athletics and Angels have made significant moves to upgrade as the trade deadline nears,  Oakland importing pitchers Jeff Samardzija and Jason Hammel in a blockbuster with the Cubs, the Angels latching on to Houston Street, Jason Grilli and Joe Thatcher to bulk up their bullpen.

White-gloved across the chops, Zduriencik has yet to respond, in part, it’s reasonable to assume, because the Tampa Bay Rays, their likeliest partner, have less incentive with each passing day to swap either star lefthander David Price or utility man Ben Zobrist, both coveted by Seattle.

Six weeks ago, the Rays languished in last place in the AL East and were considered deadline sellers. But the Rays have won eight in a row and are 13-4 in July following four consecutive losing months to start the season. Although the Rays are next-to-last in their division, they have made up 7½ games since June 10 and repose only 7½ back of division-leading Baltimore, which begins a four-game series with the Mariners Thursday night.

Zobrist, who can play any position, would aid a Seattle offense that has a league-low .687 OPS – heck, Wally Pipp would help this offense – but if the Mariners can have only one of them they might be better off with Price, 4-0 with a 0.85 ERA and 0.85 WHIP in July and neck-and-neck with Felix Hernandez in the AL Cy Young race. How the two pitchers compare:

With two former Cy Young winners in the rotation (Hernandez, 2010; Price 2012), plus Hisashi Iwakuma (third in the AL Cy Young vote last year), the Mariners would feature the most daunting starting staff in the AL, not only this year but next, and one perfectly set up for any playoff series. Of course, their mostly feeble hitting won’t help, but if the Mariners can’t score enough, they can at least keep their opponents from scoring.

Unfortunately for the Mariners, they are trending the wrong way, having lost two consecutive series, and Price may have pitched himself out of their grasp. While his value will likely never be higher, the Rays may not want to trade him, preferring to stay in this year’s race. Also, Price is adverse to changing teams – he has said so repeatedly – but the decision is out of his hands.

According to Peter Gammons of MLB.com, any trade involving the Rays and  Mariners probably won’t happen until the hours immediately before the July 31 trading deadline. Both Zduriencik and his Tampa Bay counterpart will want to assess where their teams stand, making the next eight days significant for both. Zduriencik’s Seattle career may depend on the next eight days. Wednesday’s 3-2, series-losing loss to the Mets didn’t help.

If the Mariners are still in a buying mode, and if the Rays have been reduced to seller, Zduriencik will have to decide the cost of Price, or Zobrist, or both, in dollars and prospects. The way Price is pitching, the hit to Seattle’s pocket book and farm system keeps going up and will likely involve Taijuan Walker and others.

RARE COMPANY FOR ERASMO: In a spot start Tuesday night against the Mets, Erasmo Ramirez pitched well enough to win, but lost 3-1 as James Jones misplayed a ball in center field that allowed a run to score. Seattle batters didn’t help, going 0-for-4 with runners in scoring position and stranding five.

Ramirez fanned 10, the 50th time in franchise history that a Seattle starter whiffed that many or more and lost. Randy Johnson had 18 such games during his Mariners career (1989-98) and Mark Langston (1984-89) six. The only other pitcher with more than two: Erik Hanson. He had three double-digit strikeout games between 1988-93 and lost all three.

Thirteen Seattle starters struck out at least 10, allowed two or fewer runs and lost. But only three of the 13 did that more than once: This is the trio, ranked by total strikeouts: