Mariners’ Donnelly and the story of Fleet Walker 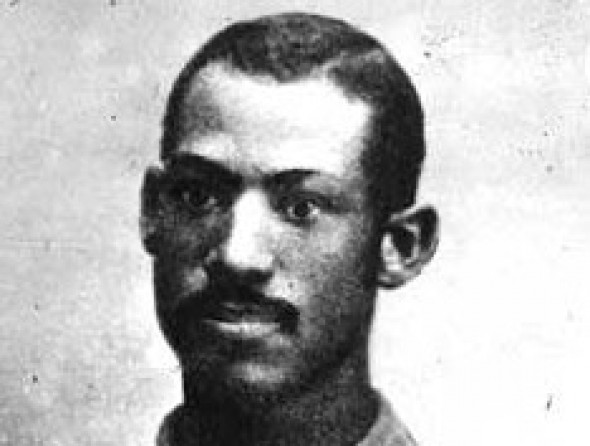 Mariners third base coach Rich Donnelly didn’t even realize that he shared a hometown with a baseball trailblazer, who who came along more than 60 years before the much more celebrated and well known Jackie Robinson.

Steubenville, OH., native Moses Fleetwood Walker, who stakes a claim as the first African-American in the majors, thanks to his brief tenure with the then-major league Toledo Blue Stockings, in 1884.

And when Donnelly, who graduated from Steubenville High School just as Walker, was invited to a memorial service for Walker a decade ago — he died in 1924 at 66 — he was a bit shocked.

As a result, he made a point of learning about Walker and trying to make a connection with the little-known ground-breaker.

“I didn’t know who he was,” Donnelly said. “I said, ‘What? You’re crazy.’ But I started finding out about him.”

Despite his initial ignorance, the Mariners coach shouldn’t feel bad; his town seems to have always struggled with knowledge of Walker. When Walker, a catcher who was actually followed a few weeks later by his brother, Weldy, on the Toledos, played for the Blue Stockings, Steubenville newspapers apparently didn’t take notice.

Then, in 1970, the Steubenville Herald-Star, on the urging of the National Baseball Library at the Hall of Fame, ran an article seeking any relatives or others with knowledge of the brothers.

(Strangely, other papers in Ohio did note Fleet Walker’s significance. In its May 9, 1884, issue, the Cincinnati Commercial Gazette noted that “Walker … is the only colored catcher in the profession. Last year, during the team’s visit, he made many friends by his brilliant work behind the bat.” The national press, to some extent, also took notice; the June 7, 1884, Washington Post penned that Walker “is a colored man, and no doubt many will attend the game to see ‘our colored brother’ in a new role” before a Toledo-Washington game.)

The Walker story resonated with Donnelly especially Sunday, when the Mariners celebrated their annual African-American Heritage Day before the game against the Orioles.

In fact, when the coach was speaking at the team’s RBI Club booster organization’s monthly luncheon Friday, he pointed out with pride that he was from the same town as Walker.

Donnelly learned that for decades, his and Walker’s high school was the only such integrated school in the region. He found out that Walker was born in Mount Pleasant, OH., but moved to Steubenville with his family shortly thereafter. Donnelly said the Walker family settled in Mount Pleasant because the town was a crucial stop on the Underground Railroad. Walker was born four years before the Civil War began. 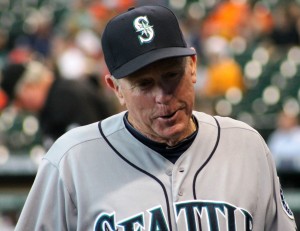 In addition to graduating from Steubenville High School, Walker also attended Oberlin College, also in Ohio, before moving on to the University of Michigan. He played varsity baseball at both schools.

“This was a very educated man,” Donnelly said.

Today, he said, knowledge about Walker and the player’s achievements is  steadily growing, especially in baseball circles. But in other ways, Walker is still an unknown figure.

He said that includes many of today’s African-American players, who, like the rest of young America, don’t have a full grasp on what so many minority baseball trailblazers, from Walker to Jackie Robinson, did for today’s society.

“A lot of black players don’t know why they’re here,” he said. “But (Hall of Fame Negro Leaguers) like Josh Gibson and Cool Papa Bell, it started with all those guys. All those years, the big leagues were all white. Those guys could play, and it’s tragic that they couldn’t make the majors. But today, people can’t even think that all that happened.

“It was just crazy, and it was also horrible. Today’s kids have seen some diversity in their lives. It’s much improved now, but we still have a ways to go, too.”

Because of his geographical kinship with Fleet Walker, Donnelly is thrilled that six of his own eight children also went to Steubenville High School, and the coach made sure his offspring knew with whom they were alumni.

Ironically, the makeup of major-league rosters has to some extent come full circle to the pre-integration days, for a different reason. A hundred years ago, their were no black faces on big-league fields because they weren’t allowed. Today, baseball is struggling to keep up African-American participation because so many young black kids are choosing football and basketball.

But recent efforts such as Major League Baseball’s Urban Youth Academies and other recruitment campaigns have slowly started to return African Americans to the national pastime. In addition, other cultures, such as Latinos and Asians, have flooded into the bigs.

“I think (diversity) is coming back,” Donnelly said. “But we have to do a better job of bringing African-American kids back to baseball, because when I was growing up, all the best players — Willie Mays, Bob Gibson — were black. But they’re going to be back again.

“Now you see everything on some teams. Just look at our team. We have players from everywhere, and I didn’t think I’d see that in my lifetime.”

As that is happening, Donnelly takes pride in the fact that he is able to claim a bond with the man who perhaps started it all.

Ryan Whirty is an award-winning freelance journalist and member of the Society for American Baseball Research. He can be reached at rwhirty218@yahoo.com, and his blog on the Negro Leagues is at homeplatedontmove.wordpress.com.