As someone who faced the Seahawks twice last season as well as earlier in coach Pete Carroll’s tenure, new right tackle Eric Winston has an an intimate take on his new team.

“They’re as tough as it gets – multiple fronts, a lot of athletes and a lot of speed,” he said after his first practice Tuesday. “You better be ready to deal with it. It will be a lot more fun, I think, playing with them than playing against them.”

With Michael Bowie still nursing a shoulder injured on the first day of training camp, the Seahawks signed the eight-year veteran as a free agent. He started all 16 games for the Arizona Cardinals and has a streak of 119 consecutive starts with Houston (six years), Kansas City (one) and Arizona (one).

The Seahawks took a hit at the position during free agency when Breno Giacomini signed with the New York Jets.

Bowie and rookie Justin Britt, a second-round draft pick out of the University of Missouri, had been battling to replace Giacomini, but the Seahawks determined they needed more experience at the position.

Winston, 6-f0ot-6 and 305 pounds, is good with mentoring Britt, who has shown promise as a run blocker but was getting beat regularly in pass protection. 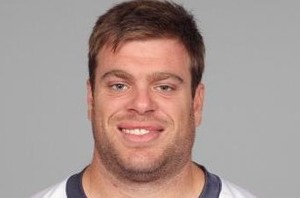 “Anytime you that become a vet in this league, you’ve got an obligation to the young guys that come after you – to help them, teach them and obviously to compete against them,” Winston said. “I had the same when I was coming up in Houston. I had older guys that I was competing against but at the same time, took me under their wing.

“If Britt wants me to do that, then I’ll do that. If he doesn’t want to hear it, then I won’t, but I’ll always be here to help him, that’s for sure.”

Winston, 30, became a free agent in March but told ESPN last week that he hadn’t found the right situation. Now he has, tweeting, “Season finally starts for me today! Looking forward to chasing a ring with the Seahawks! Time to go to work!”

He echoed the sentiment Tuesday.

“I think it’s the opportunity, not only at my position but the opportunity with the team,” he said. .”I wanted to go somewhere and win. I think (Seattle) had everything, so I looked at the situation.

Selected in the third round (66th overall) out of the University of Miami in 2006 by the Houston Texans, Winston has played in 124 games, making 119 starts.

Winston has a little higher profile than most journeymen offensive linemen. He is president of the NFL Players Association.

“In the recent past, the (union president)  hasn’t played but it’s an active player’s role and that will continue on.”

A native Texan who lives in Houston, Winston was blown away by VMAC atmosphere.

“It’s beautiful,” he said. “I’ve never really been here,  except last (December) when we played. But I’ve never been around Seattle — what a gorgeous place. What great scenery.

“You walking in the lunch room, you see the lake,” he said. “Doesn’t get too much better than that. So yeah,I’m excited to be here.”