With 41 games remaining, Chris Young has as many wins as Hisashi Iwakuma (11) and only two fewer than Mariners staff ace Felix Hernandez (13). 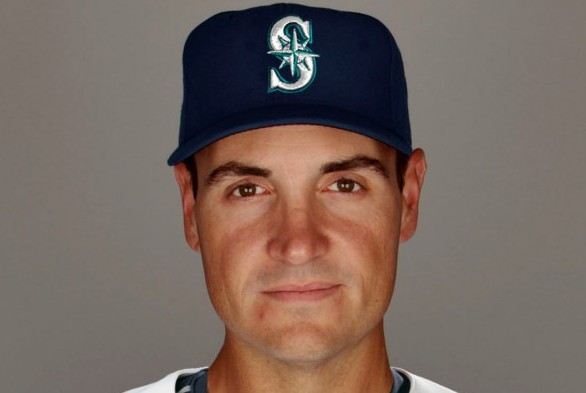 Chris Young, who failed to make Washington’s rotation in the spring, has 11 wins for only the third time in his 10-year career.

We have spent so much time dwelling – properly so – on the unprecedented exploits of Felix Hernandez (as well as those of Hisashi Iwakuma) that Chris Young largely has gone ignored. That’s mainly a status issue: Young isn’t an ace, never has been, and never will be. But he’s a big reason why the Mariners, irrelevant for so many years, are in the thick of contention for the American League’s second wild card spot.

Young has already made more starts this season (23) than in any year in the past five. But if not for an unlikely confluence of events, Young probably wouldn’t be employed by the Mariners.

At the start of spring training, Young was in the mix with the Washington Nationals, with whom he was trying to hook on as a free agent following two injury-plagued seasons with the Mets. Although Young delivered a decent spring with a 3.48 ERA in four outings, he asked for his release when it became clear he would not make Washington’s rotation.

At about the same time, the Mariners had their own rotation issues. Iwakuma (strained finger tendon) missed all of spring and wouldn’t be ready until May. Taijuan Walker (shoulder) went on the disabled list. Two veterans departed, Scott Baker signing with Texas after the Mariners released him, Randy Wolf opting for free agency rather than sign a waiver that would have allowed his release in the first 45 days of the regular season without having to pay his full salary.

Who would have guessed that Young, with 41 games remaining, would have as many wins as Iwakuma (11), third in last year’s AL Cy Young vote, and only two fewer than King Felix (13), the favorite to win the Cy Young Award this year?

Opponents are batting .191/.231/.274 against Hernandez, who leads the AL in wins, ERA, WHIP, hit rate (hits per nine innings) and starts. Hernandez also leads in several advanced metrics, including WAR (6.0), and has a streak of 16 consecutive starts with at least seven innings pitched and two or fewer runs allowed, an on-going major league record.

Yet the Mariners find themselves in playoff contention because Young, above all other starters, has kept the Hernandez-Iwakuma momentum going. Young has also done something that neither Hernandez nor Iwakuma has: Allowwd no more than three hits in a start nine times.

Only two pitchers in franchise history, neither King Felix, put together a season in which they allowed no more than three hits in a start 10 or more times (Hernandez’s top mark is six this season):

The nine, three-or-fewer-hit starts by Young are the most in the majors this season, the most in club history by a mid-to-end-of-rotation starter, and help underscore why the Mariners have not allowed more than three runs in any game this month, stretching the club-record streak to 12 consecutive games.

Hernandez starts Saturday in the middle of a three-game series at Comerica Park in Detroit. Felix will face David Price in a matchup of the AL’s 2010 and 2012 Cy Young winners. Price, who defeated the Mariners 2-1 May 13 2-1 when Fernando Rodney blew a save, is 1-1, 3.00 in three career starts against the Mariners.

He’ll enter the game with an AL-best 1.95 ERA, the lowest (so far) by any pitcher in franchise history. Since the advent of the designated hitter in 1973, only three other AL pitchers pitchers have had an ERA under 2.00 at least 25 starts into a season: Ron Guidry in 1978, Roger Clemens in 1990 and Pedro Martinez in 2000.

Looked at another way – opponent OPS – only Martinez in 2000 put together a more impressive season than the one Hernandez is having – and this goes back to the start of baseball’s expansion era (1961):

After going 8-1 on the home stand (second-best stand of seven or more games in club history), the Mariners play the next nine on the road at Detroit, Philadelphia and Boston. Although the Mariners will face 2012 Cy Young winner David Price Saturday, they won’t have to face either of Detroit’s two other Cy Young winners, Justin Verlander (2011) or Max Scherzer (2013).

In Philadelphia and Boston, the Mariners will face the last-place teams in the NL East (53-68) and AL East (54-65), respectively. When the Mariners return to Safeco Field (Aug. 25, they draw the AL West’s last-place club, Texas (47-73). Seattle won’t face a team with a record above .500 until Aug. 29 when the Washington Nationals visit.