As a rookie manager in Seattle, where baseball careers regularly cul-de-sac, Lloyd McClendon asked everyone to give him 50 games before demanding an evaluation as to whether there was any way out for the Mariners besides backing up. So he … 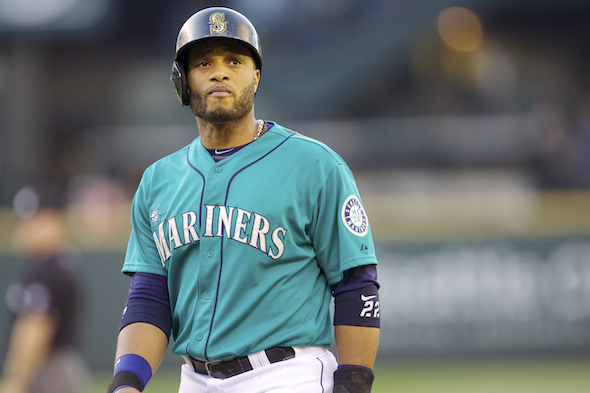 Robinson Cano is the straw that stirs the drink, but the cocktail was mixed surprisingly well by GM JAck Zduriecik. / Drew Sellers, Sportspress Northwest

As a rookie manager in Seattle, where baseball careers regularly cul-de-sac, Lloyd McClendon asked everyone to give him 50 games before demanding an evaluation as to whether there was any way out for the Mariners besides backing up.

Poor man. How could he know? He hasn’t lived here.

He was a mediocre MLB player for eight years, and never had a winner in five seasons as Pirates manager. Sure, he had a nice run as an assistant to Jim Leyland in Detroit’s rise to eminence, but what did he know about the chronic decrepitude in Seattle? Fans here have gone from the Ice Age to global warming without seeing a World Series.

But while baseball history can give no end of pain, it doesn’t play the game. What he didn’t know is not hurting Lloyd McClendon.

Sunday, they reached a new high-water mark of 11 games over .500 by blasting the Tigers in Detroit 8-1 to take the series 2-1. That’s 12 wins in the past 16 with division cellar-dwellers Philadelphia, Boston and Texas in the nine games that take them into September. At 33-24, the Mariners are the best road team in the American League.

For Seattle’s aching baseball fans, that’s a lot to like.

TBS analyst and former major league pitcher Ron Darling is the latest to jump on the Like Train (Love Train doesn’t begin service until after Labor Day).

“I think they get in (the playoffs),” he said during the TBS national broadcast of the Sunday game. “It’s one of those magical years where they’re getting some contributions (from many).

“After the trades, getting more runs scored . . . More importantly, they’re getting enough pitching, and they’re a good defensive team.”

The key phrase is “after the trades.”

The team McClendon liked in May isn’t the same team in August. The organization upgraded four positions without having to trade premier prospects, much less contributing veterans.

In swapping out first base (Logan Morrison for Justin Smoak), shortstop (Chris Taylor for Brad Miller and Nick Franklin), centerfield (Austin Jackson for Abraham Almonte and James Jones) and DH (Kendrys Morales for Corey Hart and a passel of others), the Mariners have improved the four weakest links in the lineup, even though the post-trade numbers to date are modest.

The key in mid-season baseball improvement is to remove below-average players and get average players, because it’s so hard go from average to great. That is best done in the off-season when, for example, the Mariners’ brass swallowed a boxcar of stimulants and signed Robinson Cano away from the Yankees.

Not all of the new lineup entries have to deliver daily. Just one of them at a time, because the pitching is so good that a single extra run, delivered by sac fly or groundout, is frequently sufficient.

Morales is barely hitting .200 in his second Seattle tenure, but in 21 games, he has 11 RBIs. Jackson, hitting .228 as a Mariner, has a career .751 OPS and is a plus centerfielder. If OF Chris Denorfia ‘s two singles and a triple Sunday represent a breakout moment in his return to the American League, consider the bench upgraded. That would include at backup catcher the defensively deft Jesus Sucre, replacing error-prone John Buck.

Morrison has been around since spring, but has stayed healthy long enough to remember how to swing and play first base. He’s hitting .332 since July 30. And Taylor has been a marvel, although it’s unrealistic to expect he will continue to hit .356 in his rookie year.

The biggest plus down the stretch won’t be among the position players but on the mound — James Paxton. He has barely passed 50 innings as a major league pitcher, but McClendon has seen enough to do a thing rare for him, especially in regards to  a rookie — gush.

“He’s extremely important for us,” McClendon said last week. “Much like (Tom) Wilhelmsen is the glue to our bullpen, this kid can be the glue to our rotation moving forward down the stretch. If he can stay healthy and throw the ball like he did the other day, that’s going to be big for us.

“He can keep a roll going for us, stretch those winning streaks out. If you look at our rotation throughout the year, the guy in the five-hole has not had great success. It’s been patchwork. This guy can patch it and it doesn’t come loose.”