After an 0-for-18 slide with RISP, the Mariners produced eight hits in that situation Tuesday night, a trend that needs to continue over the next 12 games. 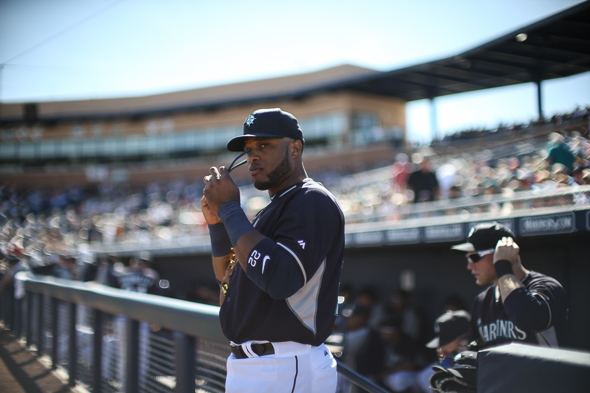 Robinson Cano has a .472 on-base percentage with runners in scoring position, one of the top marks in franchise history. / Drew McKenzie, Sportspress Northwest

No statistic more defines the Mariners – Mike Blowers emphasizes it constantly during Root Sports telecasts – than what they do, or don’t do, with runners in scoring position. And what they do, or don’t do, with RISP over the season’s final dozen games will be the determining factor in whether they can slip past Kansas City and snatch the American League’s second wild card spot.

The past week has provided another graphic illustration of how RISP affects Seattle’s bottom line, wins and losses.

From Sept. 9 through Monday, the Mariners lost five of six games — a pair to Houston, two to Oakland and one to the Angels. In the five losses, the Mariners went 2-for-24 with RISP, an average of .083. That stretch included an 0-for-13 with RISP in a 4-0 loss to the Athletics Sunday, when Seattle left 13 runners on base and dropped its second consecutive home series.

From the past Saturday through Monday’s 8-1 loss to the Angels in Anaheim that dropped Seattle two games behind the Royals for the second wild card spot, the Mariners went 0-for-18 with RISP (and stranded 17), the longest active drought in the majors.

The funk was on the verge of ruining Seattle’s best shot at the playoffs since 2003, but Tuesday night the Mariners delivered eight hits in 16 chances with runners poised to score and crushed the Angels 13-2. It marked the first time the Mariners had eight hits with RISP since the final day of the 2012 season when they went 8-for-20 in a 12-0 shellacking of the Angels.

Second baseman Robinson Cano went 1-for-1 with RISP Tuesday and leads the Mariners with a .327 average in that situation. More impressive is that Cano’s .472 on-base percentage with RISP ranks among the best individual seasons in franchise history (only three players have topped tha):

As a club, the Mariners are hitting .268 with RISP, which ranks ninth in the majors and fifth in the American League. This is the primary reason why they are still chasing a postseason berth after their .228 mark with RISP last year (14th in the AL) pretty much doomed them by midseason.

With decent clutch hitting, the Mariners still have a chance at the playoffs. But any more 0-for-18 or 2-for-24 stretches will be their downfall. Trouble is, they run hot and cold. All year, and for no apparent reason, they have had prolonged RISP slumps followed by spectacular surges. For the next 12, they need to continue what they started in Anaheim Tuesday night.

Their fate depends almost entirely on one task.