49ers’ 1-2 start and Harbaugh’s short-term contract opens door to speculation he might be done in Santa Clara. Might the list of successors include Seahawks Bevell and Quinn? 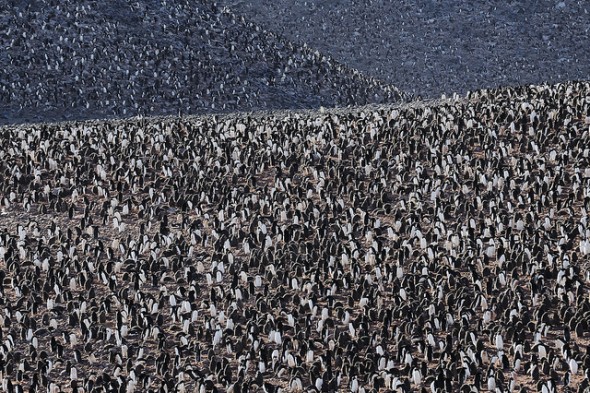 Relative calm having been restored among the 12s after an impermissible loss, it is time to use the Seahawks’ bye week to take a glance at the good people of Santa Clara, CA., who are puzzled by the new entity in town — advertised as a Broadway-level entertainment, they seem to have landed a carnival.

Besides the 1-2 start for the Not San Francisco 49ers, various controversies have dragged NFC West’s second- (or third-) best team into a fetid pool of speculation about the quality of the team and the tenure of coach Jim Harbaugh — all in the launch season of Levi’s Stadium, the sparkly new digs 44 miles south of San Francisco.

The stadium is having its own problems, mostly traffic mess-ups that have left patrons bunched together in the manner of penguin colonies in Antarctica. Unconfirmed reports say that some Seattle fans attending the stadium’s first event, the Sounders-Quakes match Aug. 20, have arrived home safely this week after a Navy SEAL team was flown in for the rescue.

While these events may be a matter of amusement for Seahawks fans, a look now is timely because the potential blast radius for a 49ers explosion can reach Seattle. While Seahawks fans will certainly welcome scarlet and gold entrails hanging from tree branches, there are always unanticipated consequences from such events.

Such as either of Seahawks coordinators Darrell Bevell or Dan Quinn succeeding Harbaugh as coach.

The possibility was raised this week by Tim Kawakami, longtime columnist for the San Jose Mercury News. He wrote that the reluctance of the club and coach to extend his contract in the offseason, as Seahawks owner Paul Allen did with Pete Carroll, has left many to ask — and I’m coining my own expression here — what’s your deal, Harbs?

Obviously, many games, starting with Philadelphia Sunday, and much time remain to get back on track. And Santa Clara started 1-2 last year, only to finish 12-4. But Kawakami wrote that major change may already be under contemplation:

It’s silly to ignore that Harbaugh is known to wear on people, that the team is 1-2, that (owner Jed)  York and (GM Trent) Baalke are not happy, that his contract situation is set up to be decided after this season and that Baalke, York and (president) Paraag Marathe are probably considering alternative options right now.

With that as his premise, Kawakami made a list of 18 prominent names for his “short” list of potential replacements for next season, should Harbaugh take his $8 pleated khakis and long-sleeve black shirts and find another NFL team where things are “above reproach.”

Shaw succeeded Harbaugh at Stanford when he took the 49ers job. And while they are different personalities (only certainly succulents such as cactus have personalities like Harbaugh), they share a belief in a run-first offense and ruthless defense and are very good at what they do.

Shaw’s cool demeanor would be a help in managing the expectations of a franchise that has been to three consecutive NFC Championships but has yet to win the Super Bowl. If the Niners don’t win it this year, there’s a chance that Harbaugh, York and Baalke may spontaneously combust, together or individually. A Burning Men Festival. Shaw perhaps could walk in, after the haz-mat units are done, and pick his job.

Bevell and Quinn made the list because they are automatics, the two premier assistants atop all lists that will begin to emerge at mid-season when the hot-seat speculations begin in earnest (making such a list in September may be some sort of record).

But I admit it had not occurred to me that either one might end up in Santa Clara. I assumed that they would begin their head coaching careers in hopeless football backwaters such as New York or Chicago. But either coach would be attractive to the Claras because their departures would do some damage to a rival and perhaps impart vital wisdom, such as instructing QB Colin Kaepernick how to throw his passes a foot longer.

Could happen. The NFL is a volatile place.

Just as easily, the 49ers could heal up their house politics and player controversies sufficiently to beat the Seahawks twice in the season’s second half and make the run to Phoenix.

Nor should Seahawks fans chortle too loudly at the carny show at the bottom of The Bay. It was not that long ago that Allen had to hire an intermediary between coach Mike Holmgren and president Bob Whitsitt, lest the relationship between the two franchise titans devolve into surface-to-air missiles.

But it is permissible for Seahawks to look at the palace intrigues in the Den of Denim and realize how fortunate Seattle is to have Carroll, GM John Schneider and QB Russell Wilson, the three key figures in the franchise, all holding hands and singing “Kumbaya.”

It hasn’t been that way before, and it won’t last forever. But it is what’s happening now. And it’s still possible to get to the stadium and back before everyone goes Donner Party.