Now Mariners must capitalize on turnaround

Under Lloyd McClendon, the Mariners improved by 16 games (over 2013). But a big improvement from one year to the next isn’t always a forecast of good things to come. 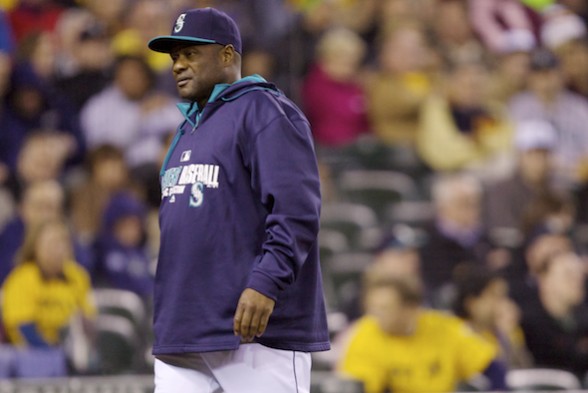 Lloyd McClendon beat back a legion of skeptics in his first season as Mariners manager. / Drew Sellers, Sportspress Northwest

The Mariners head into the offseason obviously disappointed that they missed the playoffs for the 13th consecutive season, but feeling good about the way they closed out 2014: A three-game Safeco Field sweep of the division champion Los Angeles Angels and the fact that, as Sportspress Northwest’s Art Thiel described it, they remained in playoff contention until the fifth inning of Game 162, when Oakland completed a 4-0 win at Texas.

Hard to get much closer to a postseason berth than that, especially considering that nobody figured the Mariners would wind up a playoff contender in the first place. They were widely viewed as an 80-win team last spring, despite new manager Lloyd McClendon’s declaration that the franchise was about to enter a “golden age.”

A brutal five-game losing streak during last week’s swing through Houston and Toronto kept the Mariners from crossing the portals into McClendon’s “golden age” this season, but the club will use the near-postseason berth to promise, or at least predict, considerable improvement next year.

Given their pitching, supplemented by full seasons from James Paxton and Taijuan Walker, and with the addition of a couple of big sticks in the lineup, prospects for 2015 will appear the best in more than a decade.

History isn’t always an accurate guide, but it does tell us that the Mariners have rarely been able to capitalize on the kind of season completed Sunday.

The following are the best season-to-season improvements by the Mariners ranked by a gain in wins. The far right column shows the following season’s record and the gain or loss in wins:

As Thiel pointed out, the Mariners gained a lot of credibility this season while providing a big dose of fun. For McClendon, it’s okay. For the rest of us, it’s too early envision a “golden age” quite yet.

Back in Cy Young Award mix

Due to a scoring change that erased four of the eight earned runs he allowed last week in Toronto, coupled with his 5.1 scoreless innings Sunday against the Angels, Felix Hernandez re-inserted himself into the mix for the American League Cy Young award. It won’t hurt his case that last week’s adjustment enabled Hernandez to capture the league’s ERA title at 2.14, ahead of Chris Sale’s 2.17.

Among pitchers with at least 25 starts, Hernandez also led the AL in opponent batting average at .200, the lowest of his career. His principal competition for the Cy Young award, according to ESPN’s “Cy Young Predictor,” and their opponent batting averages: Corey Kluber, Cleveland, .233; Max Scherzer, Detroit, .238; Jered Weaver, L.A. Angels, .239.

Hernandez’s 2.14 ERA will serve as the most popular argument in his case for the Cy Young Award, and it’s important to place it in perspective. Hernandez pitched 236 innings and posted the fourth-lowest ERA for an American League pitcher in a season of 230 or more innings since the advent of the designated-hitter rule in 1973, as the following shows:

Of course, Hernandez also won the Cy in 2010 and is the only pitcher with a season ERA at 2.30 or below twice since the designated hitter came into effect.