A calm, wise man for every dyspeptic newsroom, or for a frenzied championship boxing match in the African jungle, John Owen was a pro’s pro — and a wizard in the kitchen. 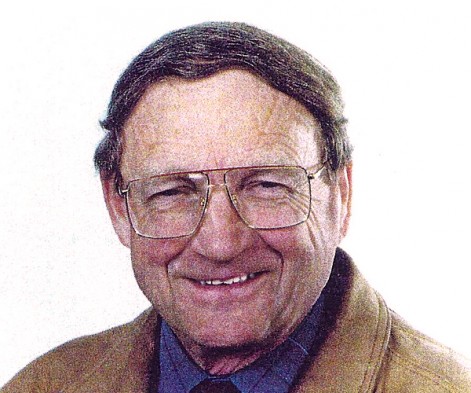 No wilder a spectacle has been seen in sports, before or since: Heavyweight champion George Foreman defending his title against the once and future ring king, Muhammad Ali, in a makeshift stadium in an improbably exotic site, Kinshasa, Zaire. Amid the pandemonium of the immortal “Rumble in the Jungle” on Oct. 30, 1974, imperturbable John Owen quickly crafted the scene for readers of his Seattle Post-Intelligencer sports column after the massive Foreman dropped to the canvas in the eighth round:

“When it was over, drums were pounding and 60,000 Africans were dancing in the seats and aisles of the outdoor stadium. Newspaper bonfires blazed high in the stands, lighting the morning’s blackness. The chant went on: ‘Ali! Ali! Ali!’ It was a scene like 19th century religious rites on the Dark Continent. The worshipping, uncontrolled crowds danced around their prophet . . . ”

Four years later, nearly to the day, Owen witnessed another implausible knockout. At the Kingdome press box, the Seahawks were on their way to a 20-17 overtime loss to the Denver Broncos when a commotion arose in the second row behind the front-row seats occupied by Owen and fellow P-I columnist Steve Rudman.

They turned around to see a man down: Royal Brougham. A P-I reporter, columnist, editor and wondrous promoter since before World War I, Brougham tumbled out of his seat and was out on the floor.

“Call the paper,” Owen, spinning into action, told Rudman calmly. “Tell them Royal had collapsed, was not conscious, and that a story would be forthcoming when we had details.”

Owen, who was hired by Brougham in 1957, was made sports editor/columnist in 1968 and became the chronicler of record as Seattle became a big-time sports town, went to Brougham’s side. As paramedics arrived, Owen gave them complete details of Brougham’s recent medical history. Brougham was taken to a hospital, where, on Oct. 30, 1978, he died at 84 of a ruptured aorta — not, as civic legend would have it, of one Kingdog too many.

That Sunday, Owen, the consummate professional journalist, banged out a story on Brougham’s health crisis and a column on the Seahawks loss.

Owen felt things deeply. But fear, sadness, ridiculous deadlines or foolish bosses never compromised his cool demeanor, incisive command or quick wit. And because he was a relentless runner before the world ever heard of jogging, and because he was a cook of such surpassing skill that foul food was unlikely to have ever passed his lips — except for the Korean War, where he was an Army cryptographer — it seemed likely that he possessed all the qualities to become the first to live forever.

How cosmically criminal that it proved untrue. Owen died Friday at home in Edmonds. Heart failure, the family said. Heart ache, for all of us who were privileged to know him.

If you are expecting objective reporting here, stop reading now.

Rudman and I were hired to the P-I by Owen, Steve from a Salt Lake City newspaper, me from the late Bellevue Journal-American. Both of us owe much to, and learned much from, Owen. We shared a similar view of our boss, put best by Steve:

“John had a wonderfully understated sense of humor and never, in a business rife with long knives, had an unkind word about anyone. He kept a clear head when everyone around him was losing theirs. He encouraged excellence but demanded nothing. He led by example, probably the best example I’ve ever seen.

“There aren’t many in journalism who can juggle editorial and administrative duties simultaneously, especially with a staff as large and diverse as was the P-I’s in Owen’s heyday. He did both. He had an extraordinary talent for guiding rather than manipulating — and he did it with a sense of humor. I’ve always admired him for that. I couldn’t have done it.”

The P-I sports department in those days was a Jack Nicholson short of “One Flew Over the Cuckoo’s Nest.” I’ll never forget the informal competition between two of my writer heroes, J Michael Kenyon and Blaine Johnson. Known as “One for the Thumb,” they raced to see who could be the first to a fifth marriage.

Didn’t matter to Owen. He and his wife, known in his column as Alice the Artist, recently celebrated their 63rd wedding anniversary, but he understood that in filling out a newsroom, just as with a sports team roster, talent trumps.

Talent was in places others of the era did not look. Owen hired the market’s first woman sportswriter, Chris Swanson, and hired the first African-American sportswriter, David DuPree, a former University of Washington football player who went on to a long career at the Washington Post and USA Today.

Owen did all of this hiring, budgeting and phone-answering while writing six columns a week, until he turned over the management job in 1980. So when I hear today’s journalists lament all the requirements of tweeting, blogging and taking photos, I’m thinking they haven’t even lifted a journalistic pick, much less broken one.

On top of that workload, Owen wrote for a paid hobby too — for 35 years, he was the “The Intermediate Eater.” He wrote 1,800 cooking columns that provided 3,400 recipes to many people who had no idea this food funnyman was also a sports columnist. Even after his 1993 retirement from the P-I, he kept up the Intermediate Eater column in the newspaper until 2006.

Rudman recalled getting the full-meal deal when several staffers were invited to the Bellevue home of John and Alice around Christmas.

“They had several tables set up, all arrayed with a huge variety of ‘Intermediate Eater’ appetizers,” he said. “I worked my way through each table, trying everything. John had a genius for creating far-better-than-restaurant-quality comfort foods — so much so that I’ve often thought he missed his calling.

“He was a well-respected sports editor, but a highly creative — I’d say national class — culinary artist. It’s not surprising that his cookbooks sold so well. I’ve got a few of them and have tried several of John’s recipes over the years. Even though I’ve strictly followed his instructions, John’s always tasted better. Best comfort food ever.”

He turned IE’s cuisine scene into seven books, published by the P-I, that sold 38,000 copies — the final four illustrated by Alice the Artist, including a signed one to me, which I read for the jokes.

I remember telling him it didn’t taste very good. He looked at me funny.

“When I turn this column over to you,” he said, “please call it ‘The Indiscriminate Eater.'”

Always wanted the last word with John. Never got it.

He was a seven-time winner of the state’s sportswriter of the year award by the National Sportscasters and Sportswriters Association, was published three times in the national anthology Best Sports Stories of the Year, and had more than 50 stories published in national magazines.

John is survived by Alice, son David and daughter Kathy (Greg Relaford); grandchildren Rosalyn and Sarah, and great grandchildren Connor and Tyler. A service is planned for Oct. 25; details are pending.

After succeeding him as a P-I columnist in 1993 and lasting until the newspaper was garroted in 2009, we talked about Brougham’s longevity. He began at the P-I as a teenager, turned over the editorship to Owen in 1968 and lasted until the Steve Largent-Jim Zorn era of the Seahawks, which was around the time I began thinking of twisting metaphors for a living.

We realized that not only did the three of us span almost 100 years of sports journalism in Seattle, all of us were at that 1978 Seahawks-Broncos game.

John can now report directly to Royal, over a pot of Puget Sound Stew (his first IE recipe), that the near-simultaneous loss by the Seahawks to the Broncos and Royal’s demise have been resoundingly avenged.