The Seahawks’ secondary, compromised by injuries over the season’s first half, will likely welcome back three players for Sunday’s tilt with the Giants. 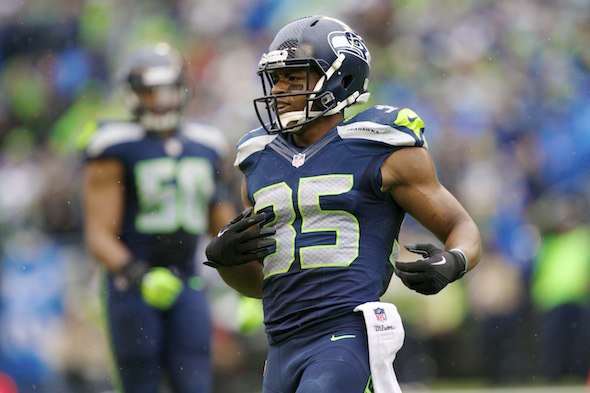 The Legion of Boom will pack a little more thunder this week.

Losers of three in a row, the Giants (3-5) are operating on an abbreviated schedule after getting whipped by the Colts at MetLife Stadium 40-24 on Monday Night Football, while the Seahawks (5-3) have won two in a row and expect to get a handful of injured starters back by the end of the week.

Case in point: The secondary.

Lane, a third-year cornerback that plays primarily in the nickel package, hasn’t appeared in a game since aggravating a groin injury injury during the Seahawks’ week 1 win over the Packers. However, he began practicing in the week leading up to the Carolina game. He’s still on the injured reserve/designated to return list, so to make room on the 53-man roster, the Seahawks will make a corresponding move, likely later this week.

But coach Pete Carroll hinted Wednesday that Lane will have to work his way back into the rotation because of the way CB Marcus Burley has played during his absence. In eight games, Burley, for whom the Seahawks traded a 2015 sixth-round pick to the Colts at the end of August, has 30 tackles, five passes defensed and an interception.

“We’re really happy with what Marcus Burley has done. He’s filled in great,” Carroll said. “We won’t rush (Lane). We’ll see how the week goes, and we’ll play it by ear. But it’s great to have him out there. He’s a fantastic addition to special teams as well.”

The return of Chancellor and Johnson should help patch up a secondary so banged up it had to give DeShawn Shead, a third-year safety out of Portland State, the first start of his NFL career Sunday in a 30-24 win over the Raiders.

So thin were the Seahawks they had to waive WR Bryan Walters Saturday and sign S Terrance Parks from the practice squad, forcing Walters to watch the game from his couch.

“This one was tough because I’d been playing,” he said. “It wasn’t fun.”

They subsequently released Parks via an injury settlement and brought Walters back Monday.

Parks was needed in part because Johnson sat out Sunday with a concussion. He has since passed the NFL’s protocol and was a full participant in Wednesday’s practice.

Chancellor has dealt with assorted injuries this year, including severe ankle pain, after undergoing offseason hip surgery. He missed Sunday with a groin injury and didn’t practice Wednesday, but Carroll said he expects him play this weekend.

Even CB Byron Maxwell, out the last three games with a calf injury, might try to practice later this week.

“We’re in much better shape,” Carroll said. “It’s finally here. We’ve been waiting weeks and weeks to get these guys back. It’s a big boost.”

After two games filling in for MLB Bobby Wagner (toe), K.J. Wright moved back to outside linebacker — his natural position — against the Raiders.

Wright finished with a career-high 13 tackles and received a high +4.9 grade (average performance = 0) from Pro Football Focus, a site that analyzes film and provides position-by-position breakdowns.

Because OLB Malcolm Smith was out with a groin injury, undrafted rookie MLB Brock Coyle made the first start of his career and rookie OLB Kevin Pierre-Louis saw increased playing time. The Seahawks could go with that rotation again this week — with OLB Bruce Irvin opposite Wright — since Smith didn’t participate in Wednesday’s practice and is a longshot to play Sunday.

“They’re doing great, man. They got a good coach in coach Norton and they’re really preparing they way they should be,” Wright said of Coyle and Pierre-Louis. “For guys so young, preparing the way they are — coming in early, leaving late like we do — it’s special.”

The Seahawks shuffled personnel on their defensive front Wednesday, placing DE Greg Scruggs on injured reserve and claiming DE Demarcus Dobbs off waivers from the 49ers.

Scruggs won’t play again this season after sustaining a knee injury against Oakland. The 2012 seventh-round selection recorded two tackles in three games after spending last year on injured reserve because of a torn ACL. Scruggs played in 15 games during his career, posting eight tackles and two sacks.

The 49ers released Dobbs, 26, Tuesday after he was inactive Sunday vs. the Rams. A six-foot-two, 282-pound hybrid DE/DT who spent three seasons with the 49ers after signing with them in 2011 as an undrafted rookie out of Georgia, Dobbs was DE Aldon Smith’s primary backup in San Francisco. Smith is set to return next week from a nine-game suspension for violating the league’s substance abuse policy.