Sought as a prepster by Florida State, Luke Falk’s football fortunes fell to where he was a walk-on QB at Washington State. Lately, he’s had an uptick. 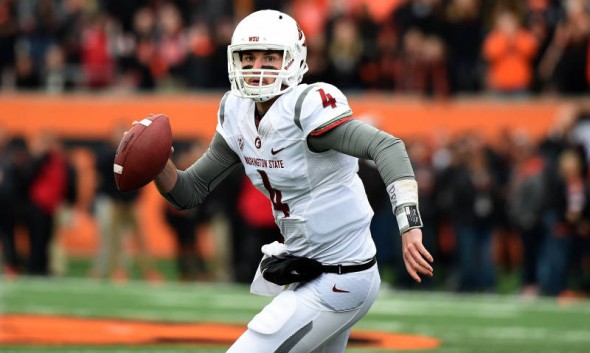 Washington State quarterback Luke Falk was such a red-hot recruiting prospect going into his junior year of high school that he received a scholarship offer from mighty Florida State.

“I kind of thought the offers would roll in after that,” Falk recalled wistfully.

“Got my offer pulled from Idaho with a new staff,” Falk muttered. “That’s kind of embarrassing a little bit.”

The only ones who should be embarrassed are Idaho’s coaches – and not just “a little bit.” The Vandals, winners of one game each of the past two seasons, pulled a scholarship offer from a quarterback who passed for 471 yards and five touchdowns Saturday at Oregon State in his first college start.

Given that Falk had barely played a down in two years before playing most of the previous week for injured Connor Halliday, Falk’s performance qualifies as one of the more impressive starting debuts in Pac-12 history. Not that Falk was surprised.

“Not really,” Falk said Tuesday afternoon after the Cougars held a rare player teleconference on a bye week due to media demands for the young quarterback. “You expect that from yourself.

“When it actually happens, it’s really nice to see that, how the hard work paid off. I just think it’s a credit to the system.

“The guys around me, they played a great game. The defense got us the ball back. Special teams, no big plays were given up. Offense, just playing really good up front and at the receiver positions.”

Yeah, nothing to it. I mean, what redshirt freshman two years removed from his last start DOESN’T pass for nearly 500 yards and five touchdowns against the second-ranked passing defense in the Pac-12? Mind you, this came one week after Falk passed for 370 yards and two touchdowns against USC, even though he had previously thrown only two passes all season.

“If you just do what the coaches are telling (you),” Falk explains in a matter-of-fact tone, “they’re going to put you in a successful position.”

Coaches and teammates marveled at Falk’s calm, confident manner long before he came to the rescue when national passing leader Halliday went down for the year. That’s one of the primary reasons Falk was put on scholarship prior to the season, after he spent last year as a walk-on.

Falk said he has long been fascinated with the pass-happy offense of WSU coach Mike Leach. Falk operated a similar offense with great success as a sophomore and senior at Logan (Utah) High School, but most recruiters disappeared when Falk lost most of his junior season after briefly playing for California prep powerhouse Oaks Christian.

Falk and his parents said the move to Southern California quickly proved to be a bad one for the family in general and Luke in particular. Falk played in just three games (starting two) at Oaks Christian, a ritzy private school where celebrities such as Joe Montana, Wayne Gretzky and Will Smith sent their children. Nick Montana, Joe’s son, is at Tulane after starting his college career at Washington.

Falk said he was headed to Cornell before a coaching change with the Big Red and a walk-on offer from WSU turned him into a Cougar. Falk’s wealthy family (his father is a successful realtor) made it possible for Luke to attend school without a scholarship.

Falk said his impressive starting debut “gets me excited for what the future holds,” but he is careful to demonstrate proper respect for Halliday, a senior.

“When I saw him on the ground (in the USC game), I just started praying for him, hoping he was all right, just because he’s had a tremendous career,” Falk said. “He’s been an awesome friend to me, a great mentor.”

Falk plays down the fact that he is essentially auditioning for the starting job in 2014 in the final games of another disappointing season (3-7) for the Cougars.

“I want to win these few games for the seniors that worked their butts off here,” Falk said. “I think we owe it to them.” 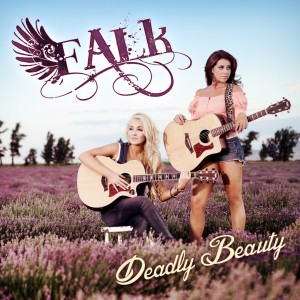 In addition, Falk said he still owes Halliday dinner for paving the way for Falk to see his first significant college action Sept. 13 against Portland State. The Cougars were winning so big midway through the fourth quarter that Leach made the rare decision to pull his starting quarterback. Falk completed his first pass for two yards, called a running play, then (yawn) threw an 84-yard touchdown pass.

Little did Falk know that would be the last time he stepped on the field until nearly two months later against USC. Leach, famously chatty in meetings, managed to keep things interesting for Falk when the coach would go over video with his quarterbacks.

“Any time he starts talking about Utah and all the history there, it’s kind of funny, because he knows a lot about it,” Falk reports. “Then any time he starts going off about Key West (Leach owns a home in Key West, FL.) and how he has a midget friend down there, that’s always good.”

Leach says Falk “works harder than anybody on the team,” and Falk says he’s “pretty hard on myself” when he fails to reach his own high standards. That includes Falk’s failure to wrangle a scholarship out of WSU assistant coach David Yost when the latter met with Falk after a high school basketball game during Falk’s senior year.

Now that he’s starting, Falk might want to enter into some new negotiations with WSU power brokers. Falk’s two older sisters form the Falk country music duo. Since the Falk ladies plan to attend the Apple Cup game with Washington Nov. 29, a reporter suggested that Falk might want to push the Cougars to have his sisters sing the national anthem.

“I don’t know if I have quite that much power,” Falk said.

Anything’s possible, kid, if you keep performing like you did Saturday.