Agents of the Drug Enforcement Administration surprised NFL teams, including the Seahawks Sunday, with inspections of team records regarding use of pain medications. 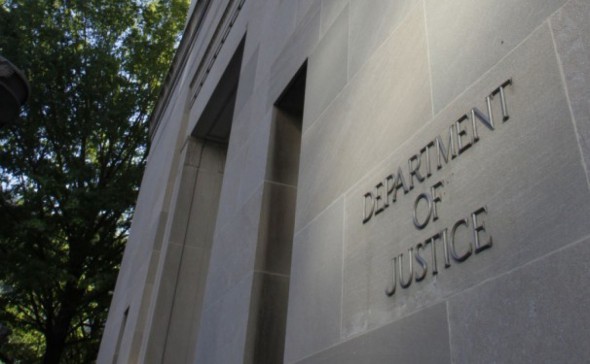 The Drug Enforcement Agency is part of the U.S. Department of Justice.

Agents from the federal Drug Enforcement Administration conducted unannounced inspections Sunday around the NFL that included the Seahawks in Kansas City, according to the club. Agents were interviewing medical and training staffs of visiting teams, attempting to learn whether they violated federal drug laws governing the handling and distribution of prescription painkillers.

No arrests were made, according to DEA spokesperson Rusty Payne and reported by Associated Press and other news outlets. The Seahawks confirmed via Twitter and email that the club was “visited” in Kansas City, where they lost 24-20 Sunday, and flew back to Seattle.

Agents did not target specific teams, but were done to measure whether visiting NFL clubs were generally in compliance with federal law, AP reported. Agents requested documentation from visiting teams’ medical staffs for any controlled substances in their possession, and for proof that doctors could practice medicine in the home team’s state.

San Francisco 49ers personnel were checked after their win over the Giants at MetLife Stadium in New Jersey, and personnel from Tampa Bay were interviewed at Baltimore-Washington International airport.

“What we were told was they are random checks of team physicians as they travel to see if anyone is transporting controlled substances across state lines,” 49ers spokesman Bob Lange said. “The 49ers medical staff complied and the team departed the stadium as scheduled.”

“Our teams cooperated with the DEA today and we have no information to indicate that irregularities were found,” NFL spokesman Brian McCarthy said in an email.

The investigation stems from a May lawsuit filed in federal court by attorneys for former NFL players who alleged the NFL and its teams, physicians and trainers acted without regard for players’ health, withholding information about injuries while handing out prescription painkillers such as Vicodin and Percocet, and anti-inflammatories such as Toradol, to mask pain and minimize lost playing time.

The players contend some teams filled out prescriptions in players’ names without their knowledge or consent, then dispensed those drugs — according to one plaintiff’s lawyer — “like candy at Halloween,” along with combining them in “cocktails.”

“This is an unprecedented raid on a professional sports league,” Steve Silverman, one of the attorneys for the former players, told AP. “I trust the evidence reviewed and validated leading up to this action was substantial and compelling.”

Federal prosecutors have conducted interviews in at least three cities over the past three weeks, spending two days in Los Angeles in late October meeting with a half-dozen former players. The meeting included at least two who were named plaintiffs in the painkillers lawsuit, according to multiple people with direct knowledge of the meetings who spoke on the condition of anonymity because prosecutors told them not to comment on the meetings.

Sunday’s inspections were administrative in nature, Payne said. They were not conducted with search warrants and no arrests were expected to be made.

According to a federal law enforcement source quoted anonymously by Outside the Lines, an ESPN news program, some NFL medical personnel were claimed to be handling controlled substances illegally.

“NFL doctors are not obtaining a separate registration where they are administering controlled substances to NFL players. They are administering in different states and treating players at hotels and stadiums outside of their registered location with the DEA,” the source told the program. A pokies player should conduct a small investigation, chose a site and register an account. In most cases you use your e-mail address and nickname to enter. Create a difficult and non-standard password. After verification process and entering your account you will be to play pokies for real money. It is very convenient to use a mobile device – all games would be displayed properly.

The DEA also has reason to believe visiting team physicians may not be keeping “readily retrievable documents” that spell out which prescription drugs are administered and to whom, the federal law enforcement source said.

“Our intelligence suggests controlled substances are not properly logged to specific players,” the source added.

The federal lawsuit, filed in the northern district of California, includes 10 named plaintiffs, including members of the celebrated 1985 Chicago Bears Super Bowl team, Jim McMahon, Richard Dent and Keith Van Horne, but could grow to include more than 1300 former players if the court eventually certifies the case as a class action,  said an attorney, Phil Closius, representing the players.