Slice it, dice it, Seahawks chances are grim

With five division games remaining, Seattle still has math on its side. But history works against the Seahawks, who wouldn’t be a playoff team if the season ended today. 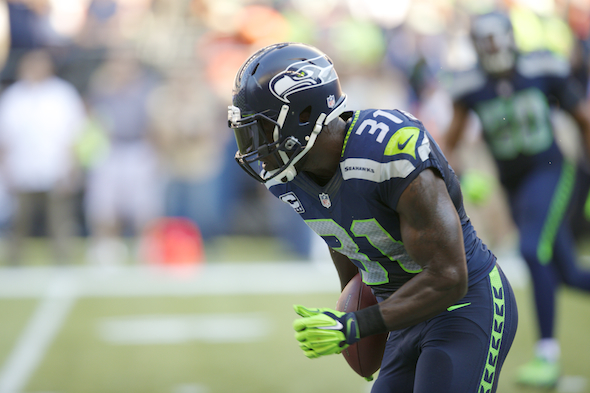 With their series of fourth-down failures Sunday in Kansas City, the Seahawks have placed themselves in an almost – but not quite – unique (also dire) position among defending Super Bowl champions. More on that tickler later.

First, at 6-4, the Seahawks stand three games behind the Arizona Cardinals (9-1) in the NFC West.

Since the Seahawks will confront the Cardinals twice in the season’s remaining weeks, including Sunday at CenturyLink Field (1:05 p.m. on FOX), and also face 6-4 San Francisco twice (as well as Philadelphia and St. Louis), they mathematically still have an opportunity to win the division, or position themselves for a playoff run.

Good luck with that. Arizona has reeled off six wins in a row. After starting 4-4, the 49ers have won two in a row. Seattle has to face the Eagles in Philadelphia. St. Louis has already defeated Seattle and Sunday held Peyton Manning and the Broncos to a touchdown in a 22-7 win. If the playoffs started today, the Seahawks would be preparing for next spring’s draft.

But while the math still adds up for the Seahawks, they are in no condition either in terms of talent or health to make much hay over the final six weeks. History also trumps their chances.

Since 2002, when the Seahawks moved from the AFC West to the NFC West, there have been 96 division races spread across both conferences. The leaders entering Week 11 (Arizona in the NFC West), have gone on to win division championships 86 times – 89.5 percent. So scratch any home-field advantage, even if the Seahawks reach the postseason.

The following (out of 96) division races were the exceptions, where the leader entering Week 11 failed to hold first place:

With five division games remaining, the Seahawks could, if healthy, join the list. But . . . no team that trailed a division leader by as many as three games entering Week 11 rebounded to finish in the first place.

In fact, only two – 2008 San Diego Chargers (AFC West) and 2012 Washington Redskins (NFC East) – even made up a two-game deficit to win a division race. The Chargers lost in the divisional round of the playoffs, and the Redskins were bounced by the Seahawks in the NFC wild card game.

Seattle’s 6-4 record can also be viewed through this nutshell:

To paraphrase Lloyd McClendon: No ice cream for the Seahawks this year.

The good: By rushing for 204 yards at Kansas City Sunday, as an encore to their 350 last week against the New York Giants, the Seahawks matched the franchise record for consecutive 200-yard team rushing games, done twice previously.

Seattle further matched the club mark for most total rushing yards in those games with 554, also the Seahawks’ total in games Dec. 9 and Dec. 16, 2012. A minimum of 200 yards rushing in consecutive games:

Prior to Sunday, according to Elias Sports Bureau, a defending Super Bowl champion gained 200 or more rushing yards in a game 95 times. The Seahawks not only became the 96th, but the first since the 1985 San Francisco 49ers to lose such a game. That 49ers team actually lost two that year, including a 28-21 loss to Minnesota (49ers rushed for 217 yards), whose defensive backs were coached by Pete Carroll.

Aside from their three fourth-quarter flops on fourth down, the Seahawks lost Sunday because they couldn’t contain Jamaal Charles, who ran for 159 yards and Kansas City’s first two touchdowns.