The Mariners and slugger Nelson Cruz, 34, have reportedly come to an agreement on a four-year, $57 million contract. He led MLB in homers in 2014. 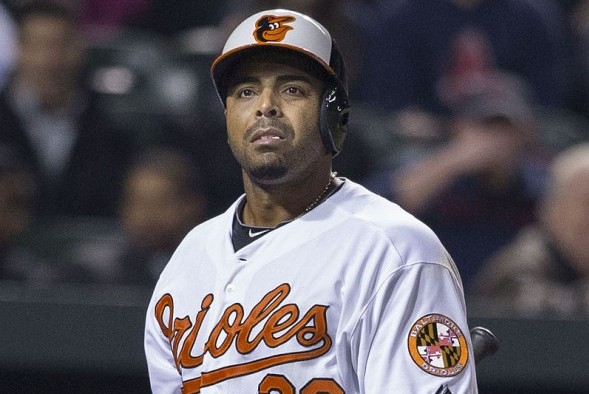 Slugger Nelson Cruz, the only major leaguer to hit 40 home runs and drive in more than 100 runs in the past season, and the Mariners have agreed on a multi-year contract, according to an ESPN report. The Mariners will pay the 34-year-old Cruz $57 million over the next four years, a deal that includes a $1 million signing bonus.

Cruz, who led the majors in homers and finished third in RBIs in Baltimore, was paid $8 million by the Orioles. He was suspended for 50 games Aug. 5, 2013, for his involvement in the Biogenesis scandal in which he used performance-enhancing drugs, which partially factored into the Mariners not pursuing him more actively last year.

Robinson Cano openly lobbied for the Mariners to sign Cruz during a spring training press conference in February.

Cruz is a three-time All-Star who holds major league records for home runs (6) and RBIs (13) in a postseason series (2011 ALCS).

Cruz should bring considerable thump to a Mariners offense that finished tied for 11th in the American League last year with 634 runs scored and ranked last among 15 clubs with a .676 OPS.

Cruz, who declined Baltimore’s qualifying offer of $15.3 million for one year, delivered his best performance of 2014 Sept. 7 against the Tampa Bay Rays when he drove in all of Baltimore’s runs in a 7-5, extra-inning victory. He batted .500 in the ALDS with two home runs and five RBI.

Before settling on Cruz as their right-handed power bat of choice, the Mariners reportedly were involved in trade discussions for Matt Kemp, Justin Upton and Yoenis Cespedes, among others.

The contract to Cruz marks the second major signing for Seattle this offseason. Last week, the club and third baseman Kyle Seager agreed on a seven-year, $100 million extension.

Cruz is a native of the Dominican Republic.