Defender DeAndre Yedlin of the Sounders capped off the year with 10 national-team caps by winning U.S. Soccer’s Young Male Athlete of the Year award. 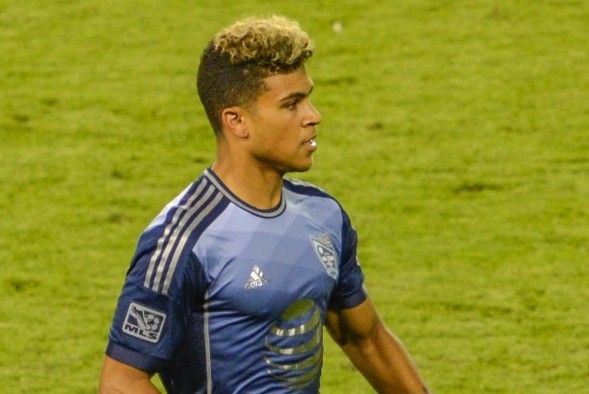 Sounders defender DeAndre Yedlin has been voted the 2014 U.S. Soccer Young Male Athlete of the Year. Yedlin, the club’s first Homegrown Player, earned 10 U.S. Men’s National Team caps during the past year, including three at the 2014 FIFA World Cup in Brazil. U.S. Soccer made the announcement Thursday.

“It’s an absolute honor to win this award,” said Yedlin. “I would like to thank my teammates, my family, and most of all the fans for the amazing support for our team. It was a tremendous year for a lot of young players, and we all share the dream of continuing to have the opportunity to represent our country.”

Yedlin, 21, was one of seven players to make at least 10 appearances for the USMNT in 2014, including two starts and an assist in a 1-1 friendly against Ecuador Oct. 10. He became the first MLS Homegrown Player to represent the U.S. National Team at the World Cup, making three appearances, including an 88-minute stint against Belgium in the quarterfinals. He earned his first cap for Jurgen Klinsmann’s squad in a 2-0 friendly win over the Republic of Korea Feb. 1.

The Seattle native started all 25 of his MLS regular season appearances and recorded a career-high four assists. He was voted onto the MLS All-Star Best XI and helped the Sounders win the U.S. Open Cup and Supporters’ Shield.

The Sounders reached an agreement in August to transfer Yedlin to Tottenham Hotspur of the English Premier League following the MLS season.