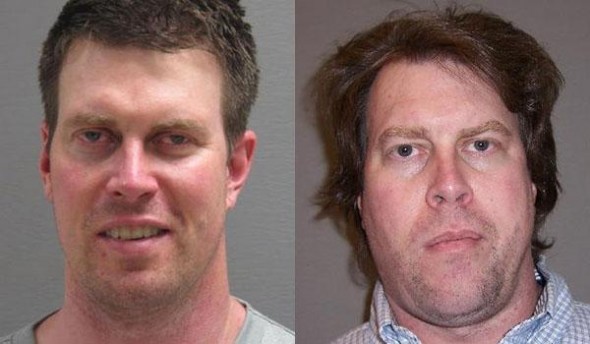 Ryan Leaf as he appeared upon entering Montana state prison in 2012 and how he appeared this week upon his release. / Montana State Department of Corrections

The Montana State Department of Corrections released former Washington State University and NFL quarterback Ryan Leaf from prison this week, more than two years after Leaf was incarcerated on burglary and drug charges. Although out of prison, Leaf will remain under the supervision of the Great Falls, MT. Probation and Parole Department.

Leaf, the 1997 Pac-10 Player of the Year when he led Washington State to its first Rose Bowl in 67 years, was arrested March 2, 2012 after he broke into two homes in one weekend in an attempt to steal prescription drugs. Three months later, Leaf pleaded guilty to an array of charges and was sentenced to five years in prison.

Leaf was scheduled to spend 15 of those months in a treatment facility, but was booted from a rehab program in January, 2013.

In 1998, the San Diego Chargers made Leaf the No. 2 overall pick in the NFL draft, behind Peyton Manning.

Leaf, however, washed out of the NFL after only 25 games. He later became a quarterbacks coach at a small Texas college, and it was while he held that position that he first was in trouble with the law for stealing prescription drugs.

Leaf still faces a possible extradition to Texas. Prosecutors will make that determination over the next six months.