The only people not stunned by the smothering of the Philadelphia Eagles offense were the Seahawks defenders, who saw it coming — as they did in February. 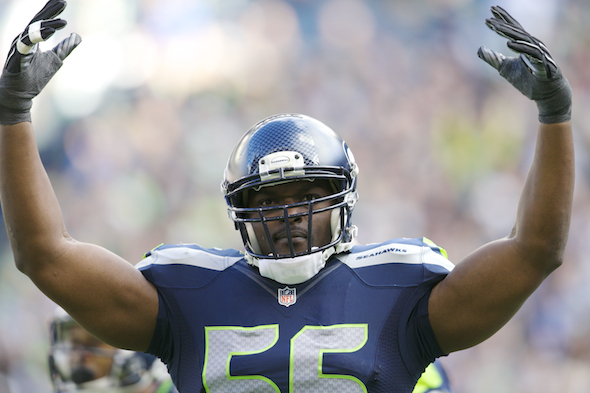 Coach Chip Kelly will be thrilled to get back to practice next week in Philadelphia. His Eagles will have a chance to re-familiarize themselves with the football, which they hardly had a chance to fondle Sunday.

For a team averaging a league-high 73 plays a game, having only 45 plays, and for a total of 18 minutes — fewest in Seahawks history — and 139 yards, Sunday qualifies as an estrangement, if not a divorce.

Never have the Seahawks had a more overwhelming game on defense, which is saying something even over the last three weeks, when they held the Arizona Cardinals to 204 yards and the 49ers in Santa Clara to 164.

Sunday, they reached inside the Eagles and destroyed their football souls. The 139 yards were the fewest by a Chip Kelly offense in his six seasons as an NFL and NCAA head coach. He may not have expected it, but the Seahawks, with a little extra prep time thanks to a break after the Thanksgiving game, did.

“We expect to dominate every time out,” FS Earl Thomas told reporters after the game. “We’re not really worried about (the opponent). It’s about us.

“It was just like practice.  We are really connected right now. We’re in sync.”

Boy, are they in sync.

“We take a lot of out this because it was a very good football team in a very difficult setting,” said Seahawks coach Pete Carroll. “We played the way we hoped we’d play. We kept the ball and kept (the Eagles) offense out of there.

“I never thought we’d hold them under 50 plays.”

Kelly seemed a little stunned too.

“You go into the game with a game plan, thinking you can execute,” he told reporters. “I’ll give them credit. They did a hell of a job on defense. They played better than us today.

“We tried to establish the run. I thought we could do a better job up front. Obviously, we didn’t get that started. They did a good job.”

When the NFL schedule was released, a game in Philadelphia in December against the Eagles’ Ducks-inspired offense looked formidable. And it was — for a half. The Seahawks had a 10-7 intermission lead that seemed tenuous against an offense with many weapons.

Then the Seahawks forced two turnovers and swarmed QB Mark Sanchez, a valiant but over-matched backup pressed by injury into the starting job. Carroll’s former USC protege completed 10 of 20 passes for 82 yards, as only three of the Eagles’ 12 possessions went beyond 20 yards. The feared RB LeSean McCoy rushed for 50 yards on 17 carries.

Meanwhile the Seahawks offense, which backed itself out of range of three field goals with penalties or misplays, nevertheless converted on touchdown plays so pretty they might have set a record for bamboozle-ment: Three scores in which the scorer went in untouched.

First was a second-quarter read option for 26 yards by QB Russell Wilson, who had the entire Philly defense suckered into following a fake handoff to RB Marshawn Lynch. In the third quarter, Wilson again faked Lynch into the line, but this time Lynch maneuvered into the left flat after Wilson rolled out right, lofting a 15-yard pass. Again, virginal.

The heartbreaker came with nine minutes left in a game still competitive at 17-14. Wilson arced a perfectly aimed and timed pass from 23 yards that WR Doug Baldwin (five catches, 97 yards) caught in full stride at the goal line.

The clinical smoothness of the scores overshadowed errors, a Lynch fumble, some Wilson inaccuracy and suspect pass protection that prevented a Seattle blowout. But Wilson (22 of 37 for 252 yards and no turnovers) navigated the maelstrom, as he usually does.

“I thought he played phenomenal in the first half,” Carroll said. “Somebody said, ‘What are we going to do to get him going?’ His completion percentage maybe wasn’t much, but getting up and down the field was good. Russell played a terrific game, as did the guys around him.

Lynch went for 86 rushing yards on 23 carries, leading a ground game that had 188 clock-eating yards. The pattern has worked for three consecutive wins over top-tier NFC opponents, two on the road, making the Seahawks, with three games left, look like insiders for the playoffs with a decent shot at repeating an NFC West division title.

“I definitely think our identity is showing up,” Wilson said. “We are high in confidence because of the work we put it every week.

“To come to Philadelphia, a well-known place where they haven’t lost this season, to step up and make play after play . . .  I thought we were relentless.”

With home games left against wounded San Francisco Sunday and a season-ender against revived St. Louis, plus a road game against first-place Arizona, much work remains. But they did the hardest scheduled deed Sunday by being what Wilson said: Relentless.

That’s the one and only approach that an NFL stretch drive requires.