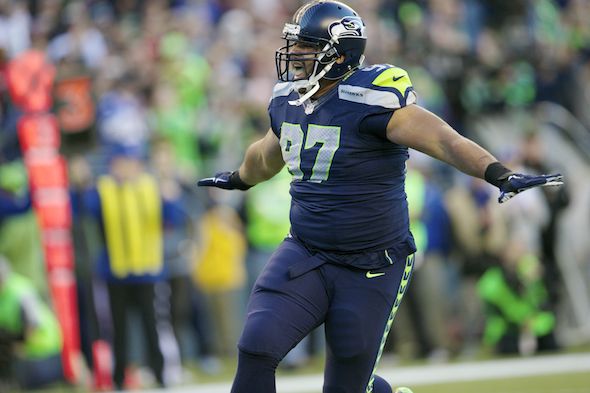 Jordan Hill, a second-year defensive tackle out of Penn State, has emerged as a key contributor in the absence of Brandon Mebane. / Drew Sellers, Sportspress Northwest

When Brandon Mebane tore his hamstring in early November, the Seahawks had the unenviable task of replacing the centerpiece of their defensive line.

The only nose tackle on the roster, Mebane was Seattle’s most effective run stopper. He served as a six-foot-one, 311-pound plug in the middle of coordinator Dan Quinn’s defensive front. Many thought he was playing the best ball of his eight-year NFL career before he was lost for the season.

So there was little shock when the Kansas City Chiefs gashed Seattle for 190 rushing yards the next week in a win at Arrowhead Stadium.

The following week, the Seahawks received a boost when MLB Bobby Wagner returned from a toe injury. Over the next four games, all wins, Seattle allowed three offensive touchdowns and a combined 27 points. 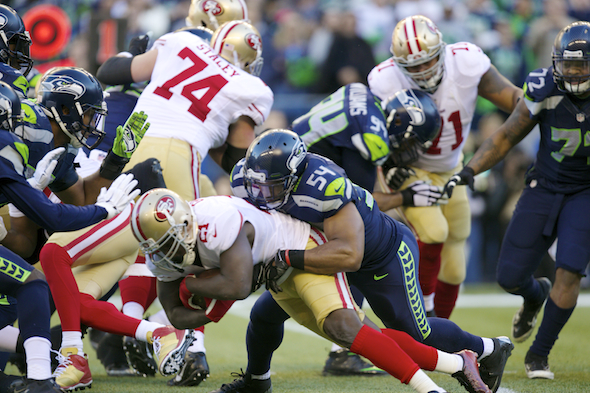 Led by Wagner (54), the Seahawks are allowing 88.1 rushing yards per game, fifth in the NFL. / Drew Sellers, Sportspress Northwest

In Sunday’s 17-7 victory over the San Francisco 49ers, the defensive line proved pivotal, thanks in part to the emergence of second-year DT Jordan Hill and 34-year-0ld veteran Kevin Williams.

Hill, a second-year player out of Penn State who missed a huge chunk of his rookie season while battling injuries, notched two sacks, doubling his season total to four. Williams, a six-time Pro Bowler, added four tackles, including his second sack of the season.

“I think our speed’s starting to show,” Wagner said. “You got to give credit to the coaches. The plays that they’re calling are just allowing us to go out there and have fun. We’re just having fun.” 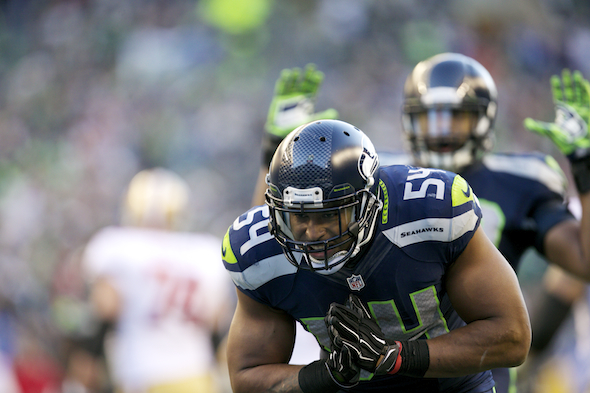 The 49ers finished with 245 total yards of offense, though they were limited when RB Frank Gore (concussion) and backup RB Carlos Hyde (leg) had to leave. Gore scored San Francisco’s lone touchdown in the second quarter with a 10-yard run.

Seattle’s defensive resurgence over the past month has, according Wagner, been superior to how the unit played on its way to a win in Super Bowl XLVIII. Linebackers K.J. Wright and Bruce Irvin had sacks, while Wright added another tackle for loss.

“We are playing for each other,” said safety Earl Thomas. “We are pulling in the same direction. No resistance anywhere.” 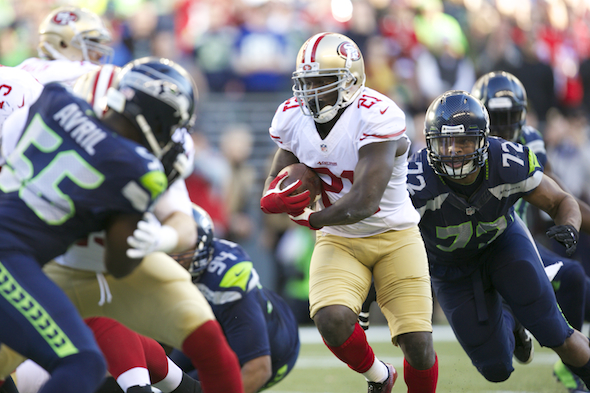 Seattle’s “D’ held the 49ers scoreless in the second half after the Seahawks trailed 7-3 entering the break. / Drew Sellers, Sportspress Northwest

Nobody is happier right now than Thomas. The explosive free safety held court after Sunday’s win. He talked about how the Seahawks have reconnected after locker room friction threatened to derail their chances of defending the title.

Thomas had nine tackles and helped limit QB Colin Kaepernick to 11 of 19 for 141 passing yards and no touchdowns.

At times, watching Thomas celebrate was as entertaining as watching him make tackles.

That enthusiasm was reflected in his post-game comments.

“The thing I would tell you is I’m riding, I’m riding for this cause,” he said. “You gotta have a purpose in life and this is a great purpose. Man, I feel so alive right now.” 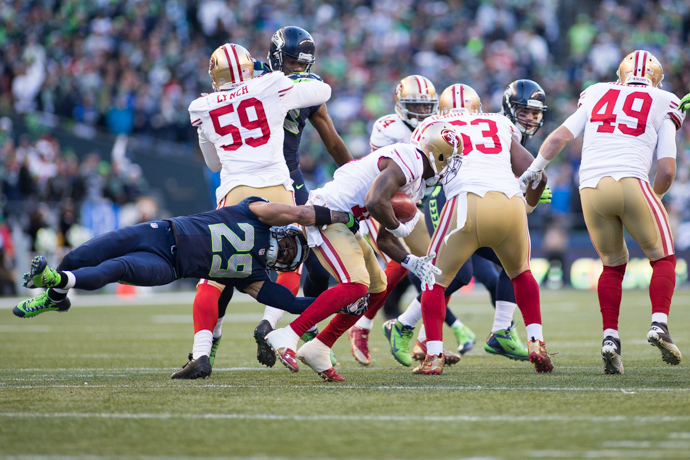