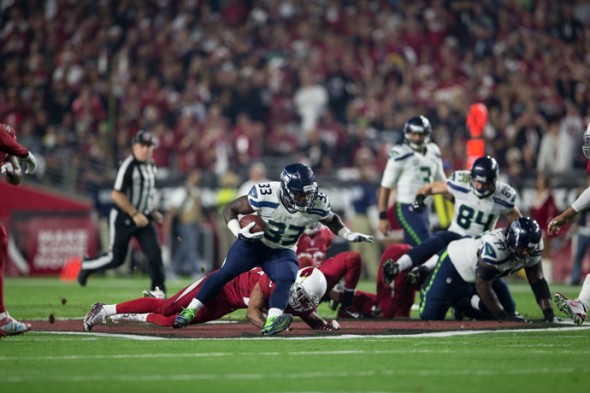 While the Seahawks (11-4) clinched a playoff berth when they routed the Arizona Cardinals 35-6 last week at University of Phoenix Stadium, they still have much at stake Sunday when they close out the regular season against the St. Louis Cardinals (6-9) at CenturyLink Field. On the line: the NFC West title, a first-round playoff bye, and the NFC’s No. 1 seed, which ensures home-field advantage throughout the postseason.

Nailing down home field, as the Seahawks did last year, is Seattle’s easiest path to a repeat appearance in the Super Bowl. The scenarios in play Sunday:

Seattle will clinch the NFC West title with:

Seattle will receive a first-round bye with:

Seattle will clinch home-field advantage throughout the playoffs with:

So what happens if the Seahawks lose to the Rams? Well, it gets more complicated. The scenarios:

Seahawks and Cardinals lose and Green Bay-Detroit doesn’t end in a tie:

Seahawks and Cowboys win and Green Bay-Detroit ends in a tie:

To put it about as simply as possible, the Seahawks effectively need three consecutive home wins (Rams plus two playoff games) to reach Super Bowl XLVIV in Glendale, AZ.