Five Seahawks made 2015 Pro Bowl rosters, including three members of the Legion of Boom, but quarterback Russell Wilson was a conspicuous snub. 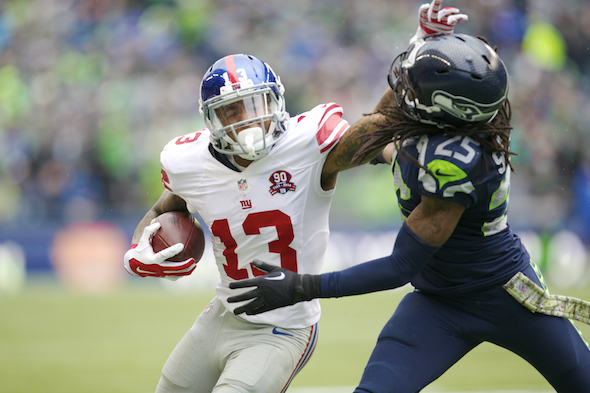 Five members of the 11-4 Seahawks — RB Marshawn Lynch, LB Bobby Wagner, CB Richard Sherman and safeties Kam Chancellor and Earl Thomas — were named Tuesday to 2015 Pro Bowl teams. Notably snubbed was quarterback Russell Wilson, an All-Star in each of his first two seasons in the league.

Six quarterbacks rated Pro Bowl invitations, including four from the AFC — Tom Brady of New England, Peyton Manning of Denver, Andrew Luck of Indianapolis and Ben Roethlisberger of Pittsburgh — and two from the NFC, Aaron Rodgers of Green Bay and Tony Romo of Dallas.

The Pro Bowl is Jan. 25 at University of Phoenix Stadium, site of Super Bowl XLVIX one week later. The captains of the Pro Bowl squads, who drafted their players, are Hall of Fame receivers Michael Irvin and Cris Carter.

Lynch locked up his fifth Pro Bowl berth with 1,246 rushing yards and 12 touchdowns and 34 catches for 331 yards and four TDs. Lynch is first in non-kicker scoring with 96 points. Sunday at Arizona, Lynch scored twice, including on a 79-yard run, as the Seahawks moved into first place in the NFC West with a 35-6 win over the Cardinals.

Wagner, a second-round pick in 2012 who missed five games due to injury, is a Pro Bowler for the first time. He ranks second on the Seahawks with 94 tackles (62 solo) and also has two sacks. His return to the lineup coincided with Seattle’s recent resurgence — eight wins in the past nine games, including five in a row.

Sherman (four interceptions, 68 passes defensed) is a Pro Bowler for the second time, Chancellor (69 tackles, 54 solo) for a third and Thomas (83 tackles, 52 solo) for a fourth in five seasons after he was the 14th overall selection in the 2010 draft. Seattle’s secondary  sends three players to the Pro Bowl for the third time in the past four seasons.

The Seahawks had six Pro Bowl players in each of the past two years. Wilson and C Max Unger, out of the lineup much of the season with injuries, are the only players who failed to repeat from last year when the Seahawks won Super Bowl XLVIII.

Wilson is one of five Seattle Pro Bowl alternates, along with Bennett, kicker Steven Hauschka, LT Russell Okung and Unger. Any of the five could be added to the Pro Bowl squad if a selected member cannot participate.