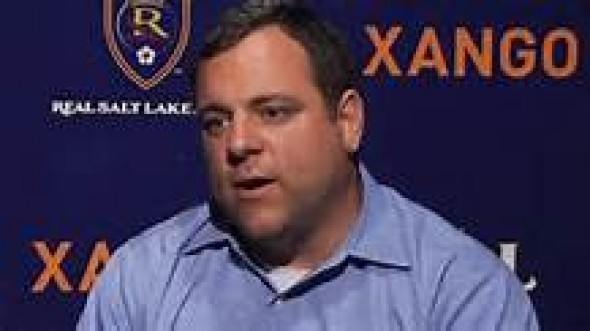 The Sounders Tuesday appointed Garth Lagerwey, who spent the past seven seasons with Real Salt Lake, as general manager and president of soccer. Lagerwey built the RSL team that won the 2009 MLS Cup and reached the 2010-11 CONCACAF Champions League final. Lagerwey takes over for former GM Adrian Hanauer, who will shift his focus to the club’s business operations.

“I always said that if the best general manager was available, I would hire that person to replace me. I believe that Garth is that man,” said Hanauer, who also is a minority owner. “This decision will allow me to focus more time on strategy surrounding the long-term future of our club.

“Sounders FC is a unique club with rich history and traditions, rooted in the notion of democracy in sports and a strong bond with our fans. In Garth, we have found someone who understands and respects these traditions, and is capable of furthering our on-field success.”

Lagerwey will oversee all soccer operations, including technical staff management, player personnel and transactions, scouting and the oversight of S2 and the Sounders FC Academy system. As Hanauer before him, Lagerwey assumes a position that is subject to fan vote every four years as part of the Sounders FC Alliance Charter.

“I’m really excited to join Sounders FC,” said Lagerwey. “I understand in coming here, I am inheriting a trust, and in many ways I’m now a steward of that trust. It’s not merely Sounders since 2009, it’s Sounders since 1974. I am humbled by that responsibility and will do my best to live up to those communal expectations in managing Sounders FC as a generational entity that has been an integral part of people’s lives for 40 years.”

Lagerwey was hired as GM of Real Salt Lake Sept. 19, 2007. He had an immediate effect, guiding a team that finished last in the Western Conference in 2007 to seven postseason appearances from 2008-14.

RSL also became the first MLS club to finish runner-up in the CONCACAF Champions League, falling to Liga MX side Monterrey in the 2010-11 tournament final.

Lagerwey has worked as an attorney in Washington D.C. He earned a bachelor’s degree from Duke University, where he played collegiate soccer, and a law degree from Georgetown University.

The Chicago native spent five seasons in MLS as a goalkeeper from 1996-2000 for the Kansas City Wizards, Dallas Burn and Miami Fusion. He made 51 career appearances and 46 starts, accumulating a 25-22-0 record.