Size matters? On NFL stat sheet, not so much 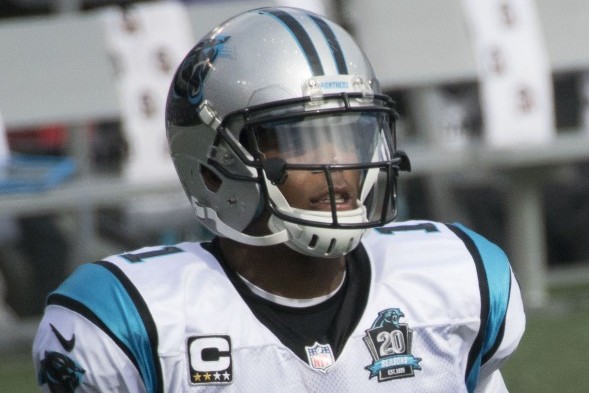 Cam Newton will lead the Carolina Panthers into CenturyLink Field Saturday for a divisional playoff game against the Seahawks. / Wiki Commons

Rewind to Oct. 26, when the 3-3 Seahawks traveled to Charlotte to face Cam Newton and the Carolina Panthers. A loss probably would have derailed any chance the defending Super Bowl champions had of returning to the postseason. A dire outcome seemed imminent when the Seahawks took possession at their 20 with less than five minutes to play, trailing 9-6.

The Seahawks already produced enough botched plays to lose two games. With a chance to take the lead just before halftime, Marshawn Lynch let a Russell Wilson pass slip through his fingers at the goal line, giving Josh Norman an interception.

In the third quarter, Wilson induced the Panthers to bite on a fake handoff and had Cooper Helfet open along the left sideline for a potential TD, but couldn’t deliver the ball. The Seahawks also turned the ball over when center Stephen Schilling muffed a snap to Wilson that Mario Addison recovered at the Carolina 30.

But when Wilson convened the huddle for the do-or-lose drive, he told his teammates, “Let’s go do it.” The Seahawks did. With 47 seconds left, Wilson threw a 23-yard touchdown pass to Luke Willson to cap a nine-play, 80-yard march — maybe Seattle’s most important of the season.

Oddsmakers predict a big Seahawks win Saturday (spread is 10½). But while they have won the past three against the Panthers, all in Charlotte, the combined score is only 41-28. The Seahawks have not won by more than five. Carolina held a second-half lead in all three and came within a minute of knocking off Seattle in October.

“They are our Achilles heel, man,” Panthers cornerback Norman said after the Oct. 26 loss. “They keep nagging us. They end up making one more play than us, every single time.”

Newton, who has never played at CenturyLink Field, has the playmaking ability to change that, as did Wilson when he directed Seattle on the game-winning drive. Consider some of the feats by the 6-foot-6, 260-pound Newton and the 5-11, 205-pound Wilson:

The similarities don’t end there.

“You have to do a great job of staying with him because he can get you, and he can get you late in the play, too, which is really the most difficult part to defend,” Pete Carroll said of Newton. “We stress it in a big way all the time.

“Newton’s been on the verge of making plays in every game we’ve had. He’s such a dynamic football player . . . he has so many things that he can do so well. I feel like we have our hands full.”