The Packers must overcome their own demons at CenturyLink FIeld, not to mention the league’s best defense, with a hobbled QB, if they are to pull an upset in the NFC championship,. 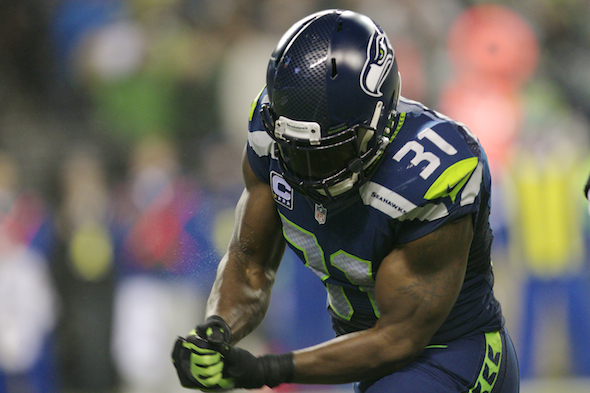 Aaron Rodgers failed his first test this season against the Legion of Boom.

In Week 1, the Seahawks hosted the Green Bay Packers at CenturyLink Field. Rodgers wasn’t great in Seattle’s 36-16 win — he completed 23 of 33 passes for 189 yards, one touchdown and one interception — but his performance was probably better defined by where he didn’t throw.

Not once did Green Bay’s quarterback, the favorite to win the NFL MVP this season, throw at Seahawks CB Richard Sherman. Packers coach Mike McCarthy said afterward it wasn’t their intention to totally ignore Sherman’s side of the field, pointing to the fact he liked WR Jordy Nelson’s matchup better if he lined up away from the chatty corner. Talking on his radio show, Rodgers said he told Sherman after the game, “I hope you get some work this year.”

Rodgers will get another chance at Sherman and the rest of Seattle’s LOB Sunday in the NFC Championship at CenturyLink Field (12:05 p.m., FOX).

McCarthy said at his weekly presser Monday that Rodgers was doing better than he did the previous Monday as he gimps around on a calf muscle torn two week ago: “He made it through the game very well. I think he feels better this week than he does at this time last week.”

Here’s a transcript of McCarthy’s remarks Monday from the Milwaukee Journal-Sentinel.

Not only is Rodgers semi-mobile, Seattle’s secondary is an increasingly impressive unit following the 31-17 win over the Carolina Panthers Saturday at the Clink.

Cam Newton was 23 of 36 for 246 yards, two touchdowns, two interceptions and a fumble.

“I did a bad job of protecting the football, and when you’re playing a great defense you just have to take what they give you,” Newton said. “A lot of times, I was overlooking the play that needed to be made, instead of trying to make the bigger play.”

An example came in the first half when Newton tested Sherman on a deep ball down the right sideline intended for WR Philly Brown. The result: Sherman’s first interception of his postseason career. 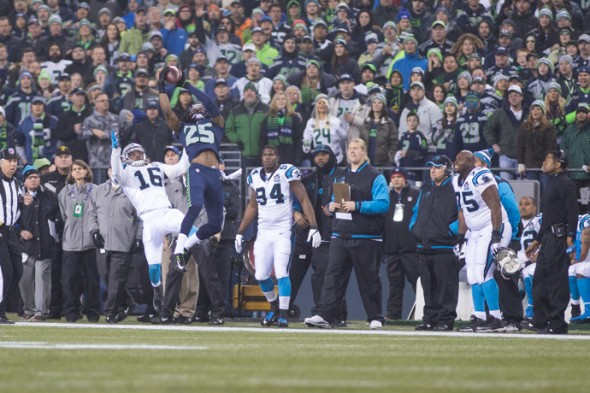 As one of the NFL’s most dominant cornerbacks, Richard Sherman has rarely been tested this season. / Drew McKenzie, Sportspress Northwest

Newton’s other interception came in the fourth quarter with Carolina driving to make it a one-score game.  That’s when S Kam Chancellor, already playing lights out, jumped a route and returned Newton’s forced throw to TE Ed Dickson 90 yards for a touchdown. During the runback, the press box shook. 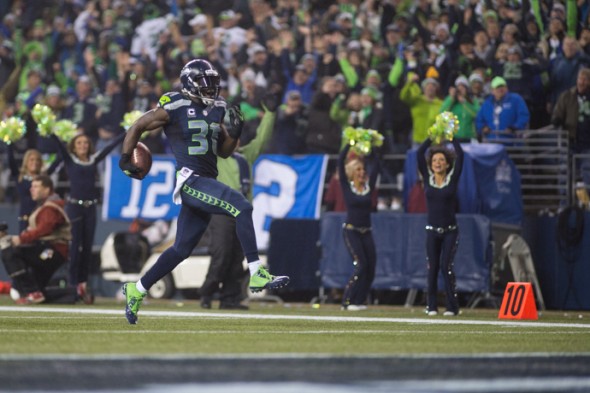 Rodgers, meanwhile, pressed through his calf injury to lead the Packers to a 26-21 win over the Cowboys at Lambeau Field in the divisional round. Throughout, his mobility was severely limited, but he overcame a bad first half to throw for 316 yards and three touchdowns. He was clutch, completing his final 10 passes for 163 yards and two scores. Amazingly, the Cowboys sacked him only once. 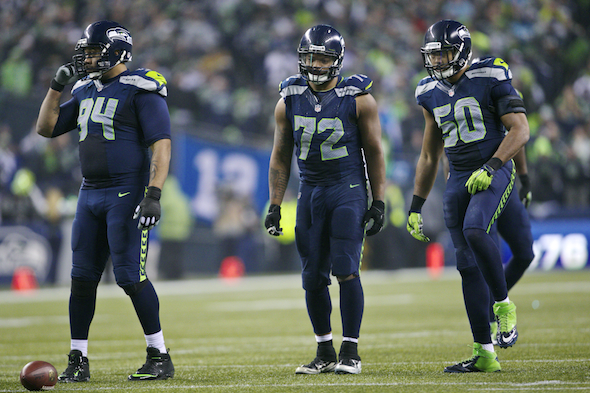 After the game, Rodgers said his calf won’t be getting better any time soon, which is why it will be key for Seattle’s front seven to pressure Rodgers as they pressured Newton.

“I think I’ve got 120 minutes left in me,” Rodgers said post-game. “So I’m going to do everything I can to make sure I play all those minutes.” 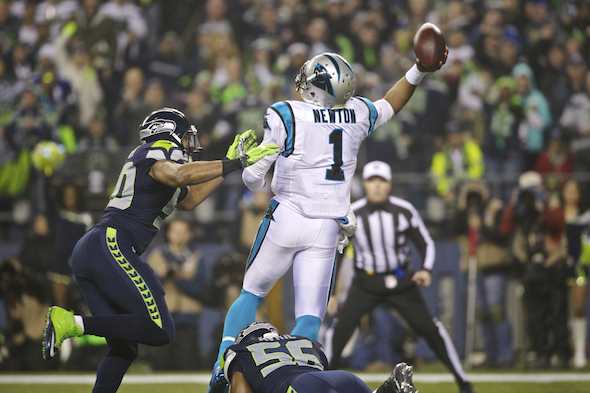 The Seahawks sacked Cam Newton twice and made him rush a number of throws. / Drew Sellers, Sportspress Northwest

For the those who fancy a wager: The Packers opened as seven-point underdogs.

Green Bay was a middling road team during the regular season (4-4). Their recent history at CenturyLink Field ranges somewhere between disappointing and embarrassing.

Yet, they fully expect to win. They will fly out Friday, a day earlier than the usual West Coast trip.