Jamie Moyer, the winningest pitcher in Mariners history, is the ninth member of the club’s Hall of Fame. His 269 career wins rank 35th in MLB history. 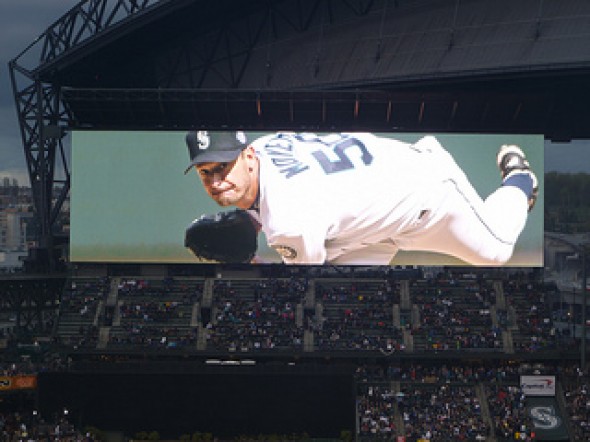 Jamie Moyer is the ninth member of the Mariners Hall of Fame. / Flickr.com

Jamie Moyer, winningest pitcher in Seattle Mariners history, was selected to be the ninth entrant into the team’s Hall of Fame, the club announced Tuesday.  He will be inducted during a ceremony at Safeco Field Aug. 8.

“The Mariners are proud to welcome Jamie Moyer to our franchise’s Hall of Fame,” said president Kevin Mather. “He was an outstanding representative of the Mariners both on and off the field, and will always be an important part of our history.”

Jamie began his professional baseball career when he was selected by the Chicago Cubs in the sixth round of the 1984 draft. He made his major league debut on June 16, 1986 with a win over Steve Carlton and the Philadelphia Phillies.

Moyer was acquired by the Mariners in a trade deadline deal that sent Darren Bragg to the Red Sox on July 30, 1996. He became a fixture in the rotation for a decade. Moyer relied on control and kept hitters off-balance by mixing off-speed and breaking pitches with a fastball that hovered in the low 80s.

The Hall of Fame was created to honor the players, staff and other individuals that greatly contributed to the history of the Mariners franchise. To be eligible for selection, a player must have been active in a Mariners uniform for at least five seasons and be retired as a player at least two years.