Photos: A game that will long haunt the Packers

QB Aaron Rodgers felt Green Bay gave away the NFC title game: “You can’t not get first downs in the fourth quarter and expect to win the game.” Tough to argue. 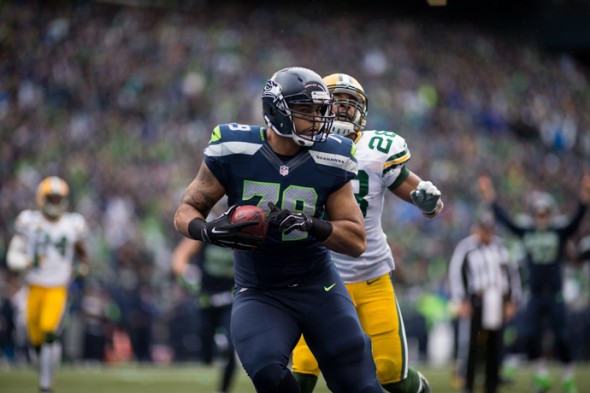 As the Seahawks bask in the day-after glow of their improbable 28-22 overtime victory in Sunday’s NFC Championship, the Packers are left to wonder how they could squander a 19-7 lead in the game’s final three minutes and 52 seconds of regulation.

Based on comments from coach Mike McCarthy and QB Aaron Rodgers, they’ll be wondering well into the off-season.

In a terse post-game press conference, Rodgers lamented the series of gaffes in the final two quarters and early blown chances that kept the Packers from advancing to Super Bowl XLIX in Glendale, AZ., Feb 1.

“(It’s) a missed opportunity that we’ll probably think about for the rest of my career,” Rodgers said. “We were the better team today and we played well enough to win, and we can’t blame anybody but ourselves.” 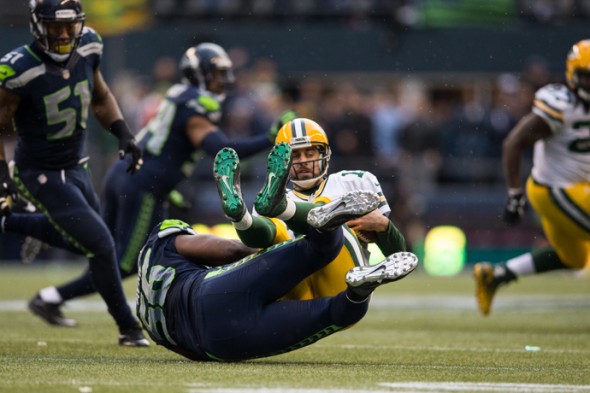 Dealing with a left calf injury and the No. 1 defense in the NFL in points and yards allowed, Rodgers went 19 of 34 for 178 yards, one touchdown and two interceptions. / Drew Sellers, Sportspress Northwest

In the first quarter, the Packers were set to start at Seattle’s four-yard line after Ha Ha Clinton-Dix intercepted Russell Wilson and returned it 26 yards. But a 15-yard taunting penalty on Packers DE Mike Daniels pushed the ball back to the 19. Green Bay settled for a field goal after twice failing to score from the Seahawks one-yard line. On second and goal, Packers FB John Kuhn was awarded a touchdown before officials overturned the call after a replay review.

“I would have liked to have gone for it there on fourth down,” McCarthy said, “But based on what we saw, on second and third down, I just felt that you had to take points. I didn’t think it would take a lot of points to win this game.”

On the ensuing kickoff, Seahawks WR Doug Baldwin fumbled and the Packers took over at Seattle’s 23. They moved it to Seattle’s 1 again, but opted to instead settle for a short field goal.

The theme continued late into the fourth quarter. Holding a 19-7 lead, Green Bay went three-and-out on back-to-back drives when they needed only a handful of first downs to run out the clock. Instead of putting the game in Rodgers’ hands, McCarthy went conservative and ran it on five of six plays with little success.

It came with Seahawks CB Richard Sherman playing with one arm after getting hurt earlier in the game. 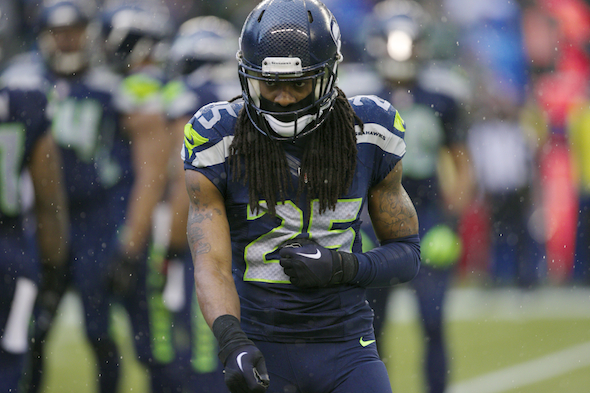 Sherman had an MRI on his arm Monday morning, the results of which have yet to be revealed. He already said he’s playing in the Super Bow against the Patriots. / Drew Sellers, Sportspress Northwest

“If you want to question my play calling . . .  I’m not questioning it,” McCarthy said, according to the Milwaukee Journal Sentinel. “I came in here to run the ball. The one statistic I had as far as a target to hit was 20 rushing attempts in the second half, I thought that would be a very important target to hit for our offense.” 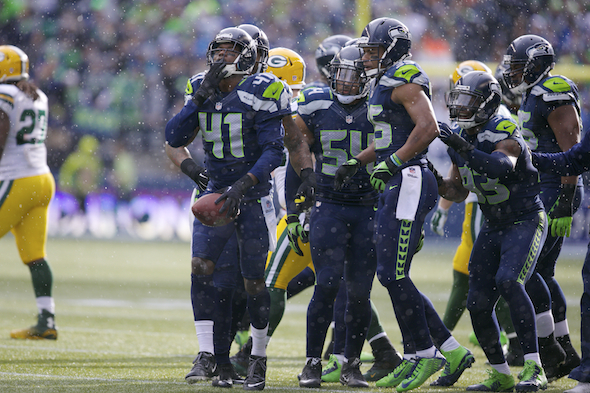 Yes, Seatttle’s offense made plays late. But the Seahawks never would have been in position to win if the defense hadn’t held Green Bay to 3-of-14 on third downs and 306 yards of total offense. / Drew Sellers, Sportspress Northwest

Another missed opportunity for Green Bay came on the Packers opening drive when they marched to the Seahawks 29. On third-and-10, Rodgers tried to find WR Davante Adams in the back of the end zone and instead was intercepted by Sherman. 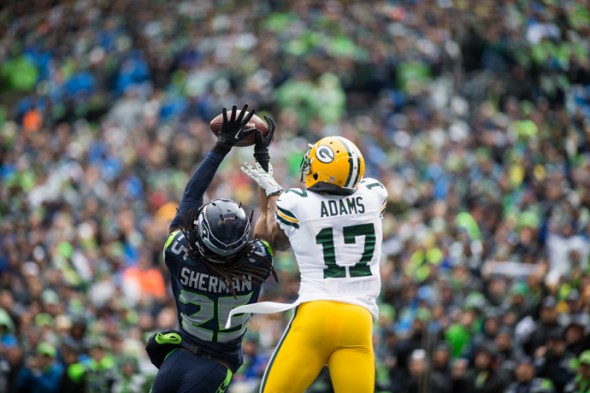 Seahawks CB Richard Sherman showed why the Packers didn’t try to throw at him once when the teams played in the regular season opener. / Drew McKenzie, Sportspress Northwest

The onside kick that Packers TE Brandon Bostick fumbled might be the play that’s best-remembered, but the Seahawks had nothing going until the third quarter when they flawlessly executed a fake field goal installed in practice late in the week. 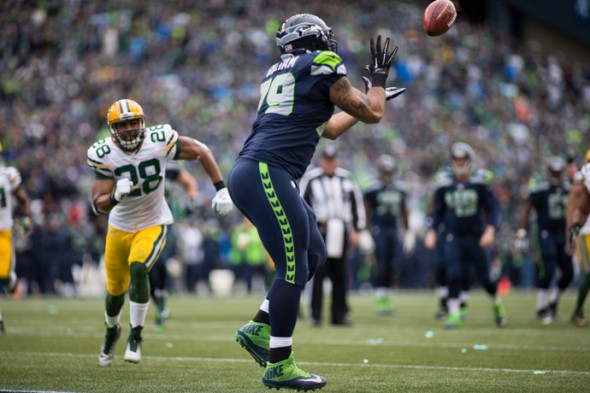 “You can’t let them complete a pass for a touchdown on a fake field goal,” Rodgers said. “You can’t give up an onside kick, and you can’t not get any first downs in the fourth quarter and expect to win. And that’s on top of being really poor in the red zone in the first half. Put it all together and that’s how you lose games. This was a great opportunity. We were right on the cusp.”

Tough to imagine being a Packers fan, player, coach or front-office member. The Seahawks trailed 16-0 at halftime. They committed five turnovers. Yet those led to only six Green Bay points.

After Seahawks WR Jermaine Kearse hauled in the game-winning 35-yard touchdown on Seattle’s first overtime, Packers GM Ted Thompson quietly stood up and walked out of the press box.

“You just go home, think about it, and move on,” Rodgers said. “Start getting ready for the off-season program. This one’s going to hurt for a while because of the close proximity to the feeling when the clock hits zero and you’re ahead. We gave it away.”