Kraft’s Patriots the model in era of free agency 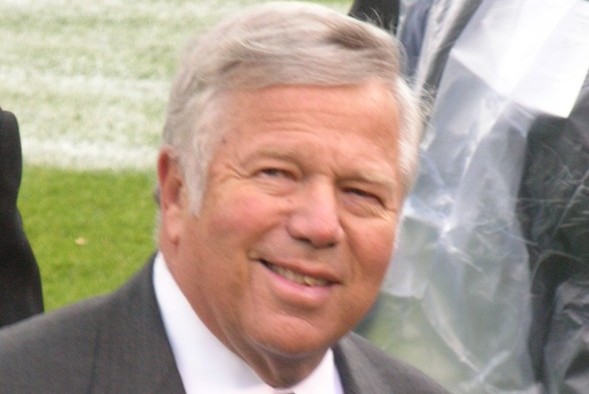 Robert Kraft purchased the New England Patriots in 1994, the first year of free agency in the NFL. / Wiki Commons

Seahawks fans watched in various degrees of horror the past March as a parade of operatives key to the 43-8 Super Bowl triumph bolted town, lured by greater dollars than the champions could pay. On March 11-12 alone, the Seahawks lost in free agency DEs Red Bryant and Chris Clemons to Jacksonville, WR Golden Tate to Detroit and RT Breno Giacomini to the New York Jets.

Had the Seahawks not featured the youngest roster to win a Super Bowl, had they not had sufficient depth to replace those lost in the exodus, had they not recovered from a 3-3 start this season to win nine of their final 10, and had they not rallied from a 12-point deficit with 2:13 to play in the NFC Championship game, they would not have become the first team in 10 years to reach consecutive Super Bowls.

It’s close to a landmark achievement in the era of free agency (since 1994), which fosters parity and legislates against sustained success. In that time, only Denver (1998-99) and New England (2004-05) have won back-to-back Super Bowls, which makes what the Patriots have accomplished so stunning.

The free-agency era overlaps precisely the ownership of Robert Kraft, an industrialist/philanthropist who purchased the franchise from St. Louis businessman James Orthwein for $175 million. At the time, the Patriots were considered one of the leastvaluable franchises in the NFL, and had gone seven years without a playoff appearance.

The Patriots have made 16 postseason showings — 12 in the Bill Belichick-Tom Brady era — in 21 years under Kraft vs. six in the franchise’s first 33 years.

This might be the best way to assess Kraft’s stewardship: Since 1994, and despite the constraints of free agency, the Patriots sport a .678 winning percentage (regular season and playoffs),  best among all owners or ownership groups since 1960 with a minimum of 200 wins:

Only Kraft and Denver’s Pat Bowlen have a winning percentage above .600 achieved entirely in the free-agent era, with Kraft coming in first with 23 playoff wins and seven Super Bowl appearances, counting Sunday’s against the Seahawks.

The Patriots are never a one or two-year wonder. Unlike say, Cleveland, which hasn’t made a playoff appearance since 2002, or the New York Jets, who have averaged an 8-8 record for a decade, the Patriots are title contenders every year. Lucky New Englanders: The worst they ever get is a division championship.

New England has reached the postseason six consecutive seasons and 11 of the past 12, missing only in 2008 when the Patriots finished 11-5. In their most recent run, the Patriots have won six consecutive AFC East championships, one shy of the all-time divisional record of seven by the 1973-79 Los Angeles Rams (NFC West). The only other team in AFC East history to win as many as five: the 2003-07 Patriots.

The Patriots have strung together 14 consecutive winning seasons (the Seahawks just completed their third and have never had more than five such years in a row). In the free-agent era, that’s eight more than the next-best team, Green Bay, with six.

Seahawks fans just bore witness to how extraordinarily difficult it is to finish with 12 wins. The Seahawks had to win nine of their final 10 and needed four fourth-quarter or overtime comebacks to do it.

These franchises have had the most 12+-win years in the free-agent era:

This is more far impressive than a franchise making an occasional Super Bowl appearance, especially considering that while the Patriots have nine 12+-win seasons under Kraft, Buffalo, Miami, Cincinnati, Cleveland, Washington, Detroit and Arizona have zero 12-win years over the same span.

From Kraft on down, the Patriots have had a better handle on how to win in the modern NFL than any other franchise – even if they have trampled the rules a few times to get it done.