Not too surprising to those in the know, but the 12s came large to Phoenix. At the stadium, the concourses, the beer lines, the bathrooms were filled by dozens of Dozens. 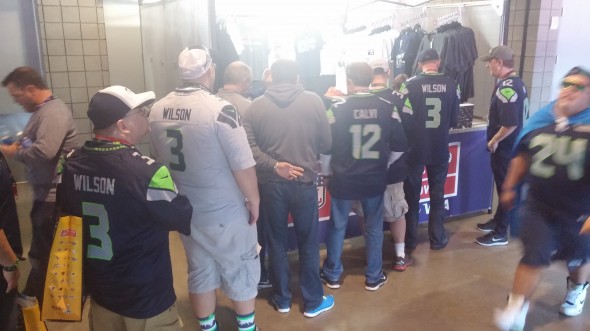 Seahawks fans line up at an NFL store in the stadium’s upper concourse. Nary a Pats fan in line – most anywhere. / Art Thiel, Sportspress Northwest

PHOENIX — Yes, it was a small sample size, but I stood for about 10 minutes Sunday afternoon pre-game near a beer stand in the upper concourse of University of Phoenix Stadium and counted 88 people in Seahawks gear to three in Patriots gear. It was weird. It was the Clink with a tan.

Maybe Pats fans were in civilian clothes. Maybe they were late. Maybe they never made it out of the blizzards of the Northeast. But their numbers here seem, well, deflated.

As was seen all over the Valley of the Sun this week, the 12s came strong. Gov. Jay Inslee, making the meet-and-greet rounds at the stadium before the game, was astonished.

“If we get these 12s to vote in Arizona, we would get another Democrat elected in the Senate,” he said, laughing. “Unbelievable.” 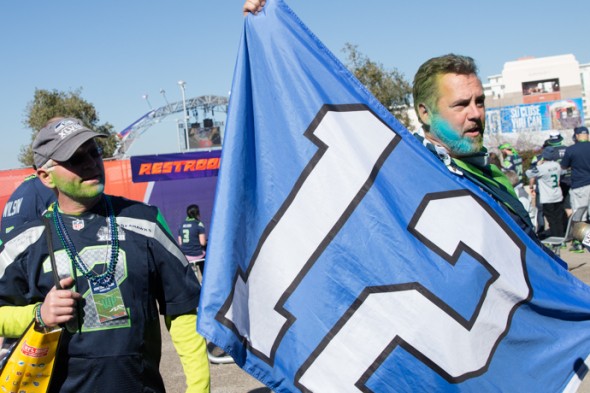