Washington State coach Mike Leach is turning to one of his former record-setting quarterbacks at Texas Tech to coach outside receivers. 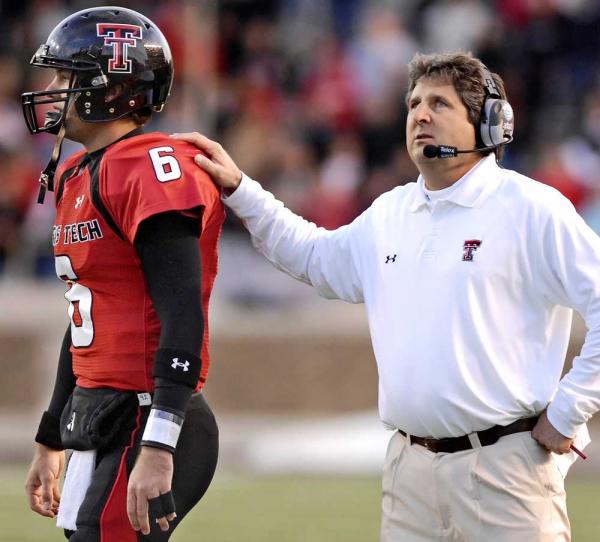 Graham Harrell, one of the best college quarterbacks Mike Leach mentored, was named Washington State’s new outside receivers coach Thursday after spending the past season as the Cougars’ offensive analyst.

Following a redshirt year, Harrell played four seasons at Texas Tech (2005-08) and threw for 15,793 yards, 134 touchdowns and 34 interceptions while completing 69.8 percent of his passes in Leach’s Air Raid offense.

As a senior in 2008, Harrell was a first-team All-America and AT&T’s All-America Player of the Year after leading FBS with 5,111 passing yards. He spent 2009 with the Canadian Football League’s Saskatchewan Roughriders, then three seasons with the Green Bay Packers (2010-12), earning a Super Bowl ring in 2010, before joining Leach’s staff in the spring of 2014 to break down film, make player evaluations and assist with game planning.

“Graham Harrell is a tremendous young coach and uniquely qualified to fill the role of outside receivers coach at Washington State,” Leach said in a WSU release. “He has command of the offense from all aspects, is a great teacher and evaluator of talent, and will be a great addition to our staff.”

Mele was already the interim special teams coordinator following the midseason firing of Eric Russell, while Grinch takes over for former defensive coordinator Mike Breske, who was fired almost immediately after WSU lost to Washington in the 2014 Apple Cup.