Christian Welp scored 2,073 points during his University of Washington basketball career, making him the only player in school history to surpass 2,000. He passed away at age 51. 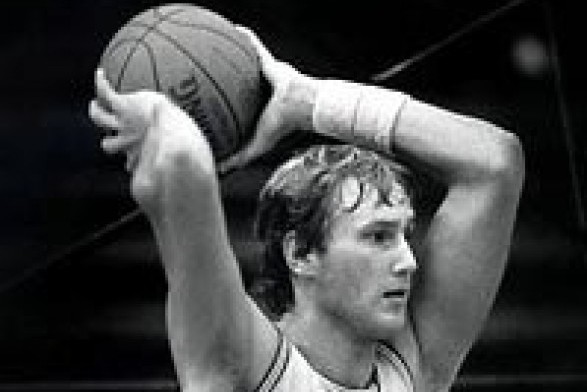 Christian Welp, who starred under head coach Marv Harshman for the University of Washington men’s basketball team from 1984-87, has died, according to a statement released by the school, which did not provide other details. The 7-foot German, who played a key role in a pair of Pac-10 Championships, is Washington’s all-time leading scorer. He was 51.

“This is an extremely sad loss,” said Washington head coach Lorenzo Romar. “Christian is one of the most outstanding student-athletes to have ever played at Washington. He was not only a great guy but he was a great role model and father and we will miss him dearly.”

Welp was named Pac-10 Freshman of the Year in 1984, Pac-10 Player of the Year in 1986, and was a three-time All-Pac-10 first-team selection. Along with former UW teammate Detlef Schrempf, he represented West Germany in the 1984 Olympic Games in Los Angeles. He was inducted into the Husky Hall of Fame in 2001 and the Pac-10 Hall of Honor in 2007.

Following his UW career, Welp was the 16th overall pick in the 1987 NBA draft by the Philadelphia 76ers and played three seasons with the 76ers, San Antonio Spurs and Golden State Warriors before heading overseas for a successful international career, where he won nine championships in as many seasons with teams in Germany, Italy and Greece.