The Mariners will get a substantial upgrade at the leadoff spot in 2015 if CF Austin Jackson lives up to the back of his baseball card. 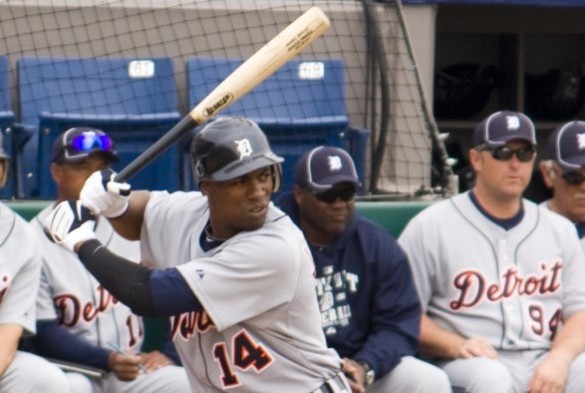 If CF Austin Jackson can simply maintain his career averages, he represents a massive upgrade over anything the Mariners trotted out in the leadoff spot last season.

That includes Jackson himself, who struggled mightily after Seattle acquired him at the July 31 trade deadline as part of a three-team deal that sent INF Nick Franklin to the Tampa Bay Rays.

Over the final two months, Jackson batted .229 with a .267 on-base percentage in 54 games as Seattle’s leadoff man. He struck out 59 times and drew 12 walks. In manager Lloyd McClendon’s view, he was not the same hitter McClendon saw succeed when he helped tutor Jackson as Detroit’s hitting coach. His swing had holes.

After spending much of 2014 with the Tigers hitting sixth or seventh in the order, his approach was muddled.

“I’ve never hit that far down in the lineup before,” Jackson told The Seattle Times Monday. “I was trying to rediscover who I was in my approach. It can be tough. It was my first time doing it. I did well for a little bit and then I started to struggle. It’s a different approach. You are hitting a lot with runners on as opposed to getting on and getting the offense started.“

No one held down the spot.

Abraham Almonte, now a member of the San Diego Padres, couldn’t produce in 23 games as leadoff man (.214 batting average) after being awarded the job out of spring training. Eventual replacement James Jones got off to a hot start before fading (.200 batting average in 30 starts). Endy Chavez represented the only stability, batting .285 in 31 games, but at 37, he’ll have a difficult time breaking camp with the Mariners in 2015.

McClendon needs Jackson to return to his “old” ways.

McClendon felt that Jackson wore down last year as the Mariners pushed for the second AL wild card spot. The club asked him to add muscle over the off-season to his six-foot-one, 185-pound frame. It appears he has, based on initial reaction out of Peoria.

“He looks extremely fit and you can tell his upper body is a lot stronger,” McClendon said. “It’s our job to maintain that and make sure he doesn’t wear down.”

McClendon said he’ll rest Jackson more in 2015. Already, he’s pegged OF Justin Ruggiano as Jackson’s primary backup after the club traded minor league pitcher Matt Brazis to the Chicago Cubs in exchange for Ruggiano in December. When he’s not backing up Jackson, Ruggiano is set to platoon in right field with Seth Smith.

“He played 157 games last season and that’s too many for a center fielder with his frame,” McClendon said in the Times story. “It just wears you down. We’ll do our best to knock that number down.”