The Mariners-Padres “rivalry” was an idiotic idea from former MLB commissioner Bud Selig. But this season, the matchup actually has intrigue. 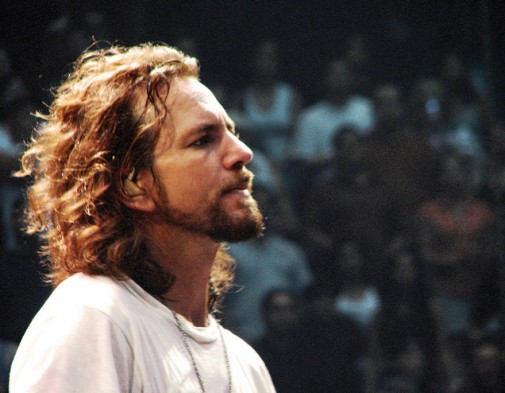 For the record, Eddie Vedder is a Chicago Cubs fan.

Thus, it did not make one iota of sense when the Mariners-Padres interleague season series was dubbed “The Vedder Cup” by a Padres blogger a few years back. Granted, Vedder, the frontman for Seattle-based rock group Pearl Jam, has lived in San Diego and Seattle.

Yes, Vedder is a West Seattleite. Sure, you might occasionally see him taking in a Mariners game during the summer. But you’re more likely to see him singing “Take Me Out to the Ballgame” during the 7th-inning stretch at Wrigley Field.

Of course, the “Vedder Cup” moniker is basically a joke.

But it’s finally getting some big-time publicity. Seattle Times’ writer Larry Stone offered a comprehensive breakdown of the series in his latest column.

It details the Mariners-Padres rivalry, which began when former commissioner Bud Selig, in his infinite wisdom, described Seattle and San Diego as geographic rivals when he instituted interleague play in 1997. No matter that the cities are separated by 1,254.4 miles.

The clubs do, however, share the Peoria Sports Complex, where they began Cactus League play Wednesday in the 22nd annual charity game. Patrick Kivlehan singled home Tyler Marlette in the 10th inning for a 4-3 triumph.

Mariners RHP Taijuan Walker started and went two innings in his effort to beat out LHP Roenis Elias for the fifth spot in the M’s rotation. He gave up one hit and struck out two.

Manager Lloyd McClendon trotted out a lineup absent any Mariners regulars, minus SS Chris Taylor, who is competing for the starting job with Brad Miller. Jesus Montero went 2-for-2, and D.J. Peterson hit a solo home run. (Box score)

By the way, “The Vedder Cup” actually has some intrigue this year because the Mariners and Padres have legitimate playoff aspirations. Seattle finished 2014 one game behind the Oakland Athletics for the second American League wild card spot. Over the offseason, the club added reigning MLB home run champion Nelson Cruz as DH, utility man Rickie Weeks, OF Justin Ruggiano, OF Seth Smith and LHP J.A. Happ.