As the Sounders’ seventh season commences, a front office change, along with investments in the future, signal an intensified ambition to a global empire. 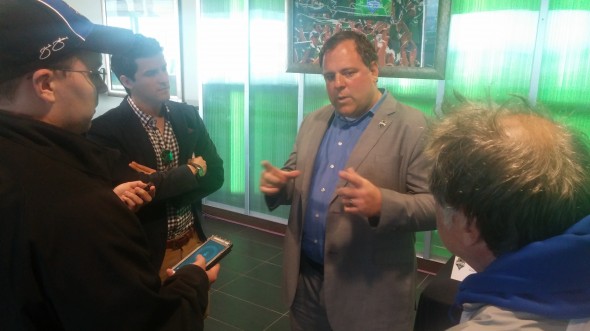 The Sounders begin their seventh season Sunday night at the Clink with few obvious changes. They had to hire to replace defender DeAndre Yedlin, who’s off warming a bench in England, but that’s about it on the field. The big change came in the front office at general manager’s job, despite the fact that there were problems with neither competition nor business.

How often does that happen in Seattle sports?

Adrian Hanauer, the careful, conservative part-owner of the club who had been GM since inception, after years of keeping alive the lower-tier Sounders in Seattle, stepped aside. To replace him, he hired away from Real Salt Lake Garth Lagerwey, a Chicago native, ex-MLS goalie, graduate of Duke as well as Georgetown’s law school, and a much more voluble character, who is to ambition what Obafemi Martins is to flips — an adroit practitioner.

“I didn’t come here to run a mediocre club,” Lagerwey told reporters during the club’s media day Friday. “I came here because I thought there was more ambition here than where I was.

“My job is to harness the resources to achieve our goal.”

“Improve the team one percent,” he said.

That was a sly reference to how close the Sounders came to winning it all last season, and thus leaving no reason to ransack the operation. After having the regular season’s best record, the Sounders lost the Western Conference finals to the Los Angeles Galaxy on an away-goals calculation — almost as close as losing a Super Bowl on an end-zone interception.

But the one-percent reference also speaks, in a different way, to the franchise’s larger ambition: To be in the soccer world’s top one percent of clubs.

Lagerwey isn’t that explicit, but there is little doubt about the Sounders’ long-term intentions. In little more than a year, they split from their once-crucial partnership with the Seahawks, set up a big shop in Pioneer Square, invested in a minor league franchise operation, S2, and sent more cash toward their academy.

Then Hanauer was unleashed to the business side to escape the mundane of drafts and transfer windows to take the Sounders global.

Lagerwey is clearly jacked about leaving after seven years MLS’s smallest market for its most dynamic, although don’t expect a home-and-home series with Manchester United next season.

“Does (empire) happen soon? Probably not,” he said. “But this is one of the biggest clubs in the world, from an attendance standpoint. Why can’t we build on this and be ambitious?

“I like to say, ‘Hard things are worth doing.’ It’s hard to to be one of the best soccer leagues in the world. We have a youth system, a feeder system, and if we’re one of the best teams in the region —  by that I mean Central and North America — there’s no reason why we can’t become a global brand.

“This may be presumptuous, or even naive. But that’s what we strive for.”

Lagerwey, who was a goalie for three MLS franchises in the league’s first five seasons starting in 1996, is hands-waving bullish on the future of American soccer. He left what he called a “cushy, corporate gig” with a big Washington, D.C., law firm to help launch the sport in Salt Lake City because “I felt soccer’s success in this country was inevitable.”

Signs are hopeful. Average attendance in 2014 topped 19,000 for the first time, and new TV deals guaranteed MLS a record $90 million in fees over each of the next eight seasons.

The league is bringing on new franchises in Orlando and New York, which play each other Sunday in a Citrus Bowl opener that sold out its 60,000 seats. The league also disbanded the failing Chivas USA in Los Angeles, then sold the franchise rights to LA investors for more than $100 million. In the offseason, Liverpool captain Steven Gerrard, Italian international Sebastian Giovinco and U.S. World Cup veterans Jozy Altidore and Mix Diskerud said they were coming to MLS.

Wednesday, the league and the players union came to agreement on a new, five-year collective bargaining agreement that created limited free agency and raised the minimum salary from $36,500 to $60,000. That doesn’t seem like much, but for an ownership group that has stuck hard to its single-entity structure — players are hired by the league rather than individual franchises — free agency for veterans of eight seasons who are at least 28 (hello, Brad Evans) is a start toward rights all other American pro team athletes have.

The upshot is MLS is moving up. Lagerwey wants to be on the front end.

“If you look at demographic information for this country, almost all the in-migration is from soccer-playing countries,” he said. “If you look at sports that younger people play, it’s soccer. All the metrics support soccer. As demand goes up, you’ll see the league continue to grow. MLB, NHL, NBA, all 30- team leagues, NFL is 32. We’re not the NFL, but I think you’re going to see us become one of the biggest soccer leagues in the world.

“That’s the goal. The league has stated it as well. Honestly, it would be un-American to imagine something different . . . as Seattle evolves, we aspire to be the sport that modern Seattle wants (us) to be — that’s the best path to success.”

Apparently, we’ll have none of this un-American, un-Seattle stuff around the pitch. Move over Amazon, Microsoft, Starbucks, Seahawks — another colossus wishes to stride alone upon its domain.