In TE Jimmy Graham, formerly with New Orleans, the Seahawks have acquired a scoring machine who has 51 touchdowns since his entry into the NFL in 2010. 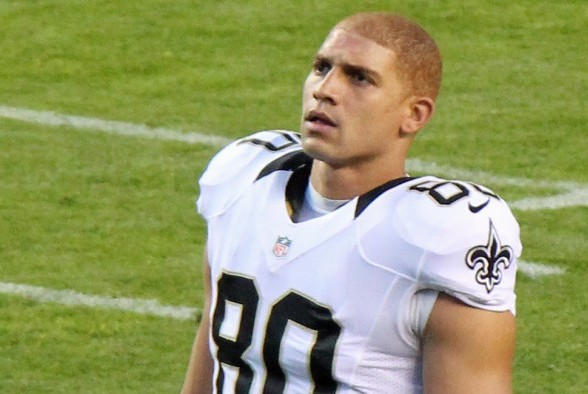 Although the Seahawks have two significant holes to fill with the defection of OG James Carpenter (2011 first-round pick) to the New York Jets and the trade of C Max Unger (2009 second round) to New Orleans, they solved their obvious need for a wide receiver/tight end by trading for All-Pro Jimmy Graham, who is technically the latter but frequently lines up as the former.

Among other things, the swap means that Russell Wilson won’t be throwing any more absurd slant patterns to Ricardo Lockette at the goal line with a championship at stake. In Graham, the Seahawks have acquired a scoring machine whose 51 touchdowns since 2010 rank second among tight ends over that span to Rob Gronkowski’s 54.

“He’s been a very productive player,” head coach Pete Carroll said in a conference call after Graham’s acquisition. “If you look, I think he has 46 touchdowns since 2011. He’s a big target. He has a basketball background. He has the ability to get off the ground and play high. He’s got a real sense of finishing plays.

“We’ve seen everything he’s done, obviously, from the past couple of years and watched him finish plays around the goal line and find his way in after the catch.”

Since 2010, New Orleans quarterback Drew Brees targeted Graham nine times when the Saints had the ball at their opponents’ one-yard line. The pair collaborated for eight touchdowns.

“He’s just a fantastic talent and a great weapon for us,” Carroll added. “I’m sure he’ll be a great benefit for our passing game and for the productivity we want down there (red zone). We always want to run the football, but we need those targets.”

The 6-foot-7, 260-pound Graham entered the NFL out of the University of Miami as a third-round pick in the 2010 draft. In five seasons, he’s caught 386 passes for 4,752 yards and 51 touchdowns. How that compares to the NINE tight ends the Seahawks have employed over the same five-year span:

We did not include Jermaine Kearse and Ricardo Lockette in the chart because, while both have occasionally lined up as tight ends, they are primarily wide receivers. And, as you can see, Graham has nearly doubled the production of Seattle’s tight ends in terms of red zone touchdowns.

Graham has never delivered a big game against the Seahawks. Near the end of the 2013 regular season, in a 34-7 loss to Seattle at CenturyLink Field, Graham, targeted nine times by Brees, caught three passes for 42 yards and a touchdown.

In a divisional playoff game at the Clink five weeks later, the Seahawks held Graham to one catch for eight yards, after which some of the Seahawks, notably Michael Bennett, said Graham was “soft”and “overrated.”

“I think he’s overrated and I’m not afraid to say that on TV either,” Bennett told Ian Furness on Q13. This is what Bennett said:

We’ll see if Bennett has a change of heart now that Graham is a teammate.

“I don’t have any thoughts that there’d be a problem,” said Carroll, referencing a pre-game confrontation between Graham and LB Bruce Irvin. “I’m not worried about it a bit. It will be great to get him in here with our guys.”

With Unger’s move to New Orleans, Carpenter’s to the Jets, Byron Maxwell’s to Philadelphia, and Malcolm Smith’s to Oakland, the Seahawks have already lost 17 of the 46 players who participated in Seattle’s 43-8 win over the Denver Broncos in Super Bowl XLVIII.