Jimmy Graham’s bleak start in life didn’t stop him from graduating with honors from college, getting his pilot’s license or being in a little awe of his new job in Seattle. 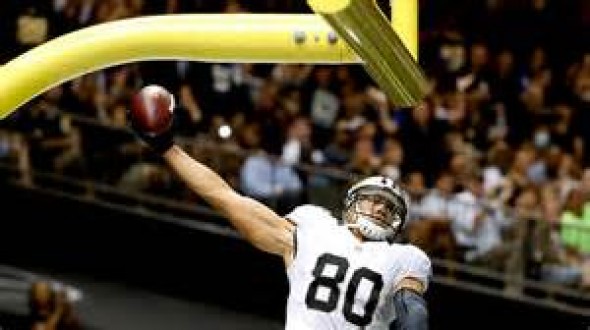 Jimmy Graham grew up in North Carolina never knowing his biological father. By the time he was 11, he was in foster care.

“My mom was getting paid $98 a month from my father for child support,” he told ESPN in 2011. “My stepdad wanted that money, and my mom said, ‘No, I’m not going to give it to you.’ So my (step) dad dropped me off at the doorstep of social services. When I was a kid, I used to think about what my worth was. Ninety-eight dollars, I guess, was what I was worth when I was 9.”

As a young adult, he developed sufficient stability to graduate from college with honors in a double major (marketing and management), star in two sports, become good enough to be first-team All-Pro in the NFL and manage himself and his time well enough to earn his private pilot’s license.

So the idea that he might be furious/dismayed/distraught at seemingly being rejected by his only pro team . . . well, no. He has known worse and come out the other side.

“Definitely shocking,” he said Thursday during a teleconference with Seattle-area reporters from his home in South Florida. In that feeling, he was joined by exactly everyone who works for or follows the NFL who heard of his unforecasted trade to Seattle.

Shock is, of course, what the Seahawks do.

Whether it is choosing an unexpected first-round draft choice, or being the first losing team to make the playoffs and then beating the defending Super Bowl champions, or trading for Charlie Whitehurst, or offering players meditation and free-range chicken, or being last in passing and winning a Super Bowl, or spending a fortune on acquiring a rare player and then firing him 18 months later with almost nothing in return, or being the first team in a decade to return to the Super Bowl as defending champs, or being on the wrong end of the most critical play in the history of the Super Bowl . . . the Seahawks shock.

When the Shock-hawks see an apple cart, they cannot resist the urge to upend it.

So Jimmy Graham, a most unconventional dude, welcome to Team Unconventional. Wait until you get a heaping helping of Marshawn Lynch.

So you met Pete Carroll, the Albus Dumbledore of Hogwarts by the Lake?

“Man, I love him,” Graham said. “He puts a smile on my face. He really is a player’s coach. Walking into the building (Wednesday), I sensed really there was a buzz there, a sense of urgency to win — and not just win but win championships and rings.

“He knew so much about me. Half the stuff I forgot about myself. That really was something that impressed me. He called, honestly, about every person in my life.”

That is how someone gets to be a wizard — knowing many things, then casting spells spun with facts and belief.

Graham is already transfixed, partly because he was susceptible, having watched the Seahawks from the other side as his Saints team was taken apart twice in six weeks at the end of the 2013 season.

“It just seems like they have a culture there that breeds a brotherhood. They pull for each other and they kind of compete. It seems like, for them, it’s all about winning — it’s not about individual anything. It’s all about: ‘What does it take to get the win?’ I’m really looking forward to being a part of that.”

To be a part of that, it’s more than just being invited. Somewhere in the coming months, in the locker room or on the practice field well before the real games, Graham will have to do some winning of his own.

He has to convince a room heavy with alpha males that he is not a wuss.

Graham was branded as such when, in a verbal confrontation before the playoff rematch, LB Bruce Irvin, who found Graham on the wrong side of the 50-yard line, began woofing.

Graham dismissed the jabs as typical excesses in rhetorical combat.

“Whenever we’re all getting ready for a playoff game, you know how serious those games are and you’re trying to motivate your guys,” he said. “There’s a lot of emotion that goes into those games. It’s all about doing whatever it takes to get guys fired up and to get the emotion running.

“For me, that’s just a part of the game. We play a contact sport and you have to be aggressive in everything you do. I’m excited to sit down  — some have called me — to really get to know these guys, become one of their brothers and work towards winning a championship.”

For a kid once imagined to be valued at $98, he has come a ways. But his next step, joining with Team Unconventional, may provide him, as it has with many newbies around the Seahawks, a little shock.

The awe part, he has nailed.