An examination Saturday revealed that shortstop candidate Chris Taylor has suffered a broken right wrist and will miss four to six weeks. 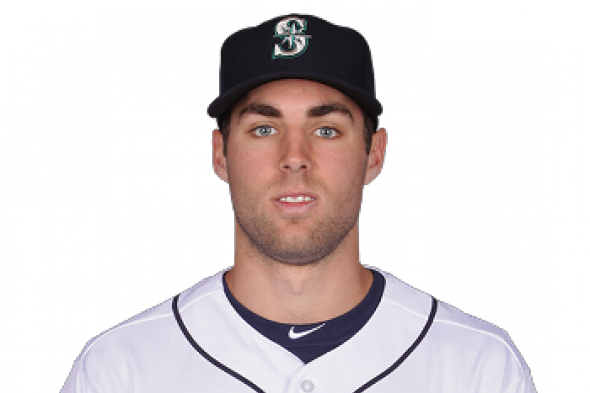 Shelved for at least a month, Chris Taylor had been battling Brad Miller for the Mariners shortstop job.

Contesting Brad Miller for the starting shortstop job, Chris Taylor instead will miss four to six weeks with a broken right wrist (triquetrum bone). The Mariners originally thought Taylor would only miss a day or two, but an examination Saturday by Medical Director Dr. E. Edward Khalfayan revealed the break.

Taylor will wear a brace for 7-10 days, then begin rehabbing the injury.

Taylor was hit by an 0-and-2 Jim Henderson fastball Friday in Seattle’s 10-5 victory over the Milwaukee Brewers. After he was checked out by manager Lloyd McClendon and trainer Rick Griffin following a foul-tip ruling, Taylor stepped back in the box and singled sharply through the box.

That hit concluded a 3-for-3 day for Taylor, who jacked his batting average to .421. After the game, Taylor had ice applied to his wrist and thought he would be okay despite minor swelling.

Taylor hit .287 in 136 at-bats last season after the Mariners summoned him from AAA Tacoma in July. Prior to suffering the broken wrist, Taylor had eight hits, including a double, two triples and a home run, in 19 spring at-bats.

Starting pitcher Taijuan Walker threw 3.0 scoreless innings and Rickie Weeks went 2-for-3 with two doubles to lead the Mariners to a 11-4 Cactus League victory over  Arizona Saturday in front of 12,964 at Salt River Fields at Talking Stick, AZ.

Seattle blew open a close game in the ninth by scoring six runs, sending 11 batters to the plate.

Walker (1-0) allowed one walk and no hits. He struck out a pair and has yet to allow a run in three starts (8.0 IP, 2 H, 8 K). He left after finishing the third inning (struck by line drive), but continued to throw in the Mariners bullpen to reach his pitch count.

Robinson Cano, absent from camp for nearly a week after attending his grandfather’s funeral, went 1-for-3.

Felix Hernandez will throw in a simulated game Sunday at the club’s complex in Peoria and make his next Cactus League start March 21 against the Cubs in Mesa . . . Roenis Elias will start for the Mariners Sunday against the Los Angeles Dodgers . . . James Paxton will make his first spring appearance Tuesday in a simulated game. He is expected to throw 45 pitches as he makes his way back from a bruised forearm . . . Franklin Gutierrez will miss a few days as he recovers from sore groin muscle. Gutierrez is attempting a comeback after missing all of 2014 with a variety of injuries.

Longtime baseball writer and analyst Peter Gammons told 710 ESPN that he is “buying in” to the notion that the Mariners are “more than a wild card team.”

Tyler Olson and David Rollins, once viewed as the two longest shots in the competition, are waging a fierce competition for duty as the second left-hander out of the bullpen, reports the Tacoma News Tribune.